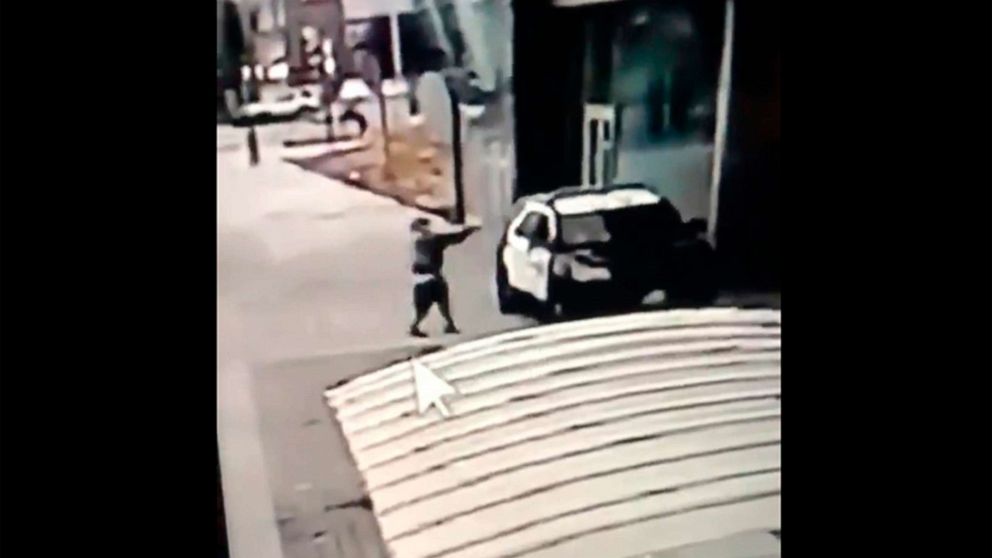 The reward offered for a gunman wanted in the shooting of two Los Angeles County sheriff's deputies last week has grown to nearly $700,000, officials said.

The Los Angeles County Board of Supervisors had initially authorized a $100,000 reward for information leading to the arrest and conviction of the gunman who shot the deputies multiple times in their parked patrol SUV Saturday night in what officials described as an ambush-style attack.

On Wednesday, Sheriff Alex Villanueva announced that one of the deputies -- a 24-year-old officer who suffered gunshot wounds to his forehead, arms and a hand -- had been released from the hospital.

"He has a long road ahead for recovery. But he's not alone. We, as a community, are in this together," Villanueva said in a statement posted to social media.

His partner, who was shot in the jaw and arms, remained in the intensive care unit as of Wednesday night, Villanueva said on "Nightline."

Villanueva, who called the shooting a "cowardly act," said he swore both deputies in as members of the sheriff's department 14 months ago. He has not identified the deputies by name.

The shooting unfolded around 7 p.m. local time on Saturday, as the sheriff's deputies sat in their marked patrol car near the Martin Luther King Jr. Transit Center in Compton, Los Angeles, authorities said. Surveillance video released by the sheriff's department showed an individual dressed in black shorts, a dark jacket and wielding a pistol in his hand walk up to the patrol vehicle and open fire without warning through the passenger-side window.

The shooter, who authorities said is believed to be Black and 28 to 30 years old, ran away to a black four-door sedan and sped away. As the gunman fled, the surveillance video showed the patrol vehicle's passenger-side door open and one of the wounded deputies, who authorities described as a 31-year-old mother of a 6-year-old boy, stumble out.

Villanueva told ABC News earlier this week that despite being shot four or five times, the female deputy walked around the patrol vehicle to help her partner.

"She goes around the car, applies a tourniquet to him to stop the bleeding. She gets on the radio and she's calling for help and she's having a hard time because she can't speak very well," Villanueva said.

As the search for the gunman continued, Villanueva said Monday that he has sheriff's deputies on heightened alert for a repeat attack.