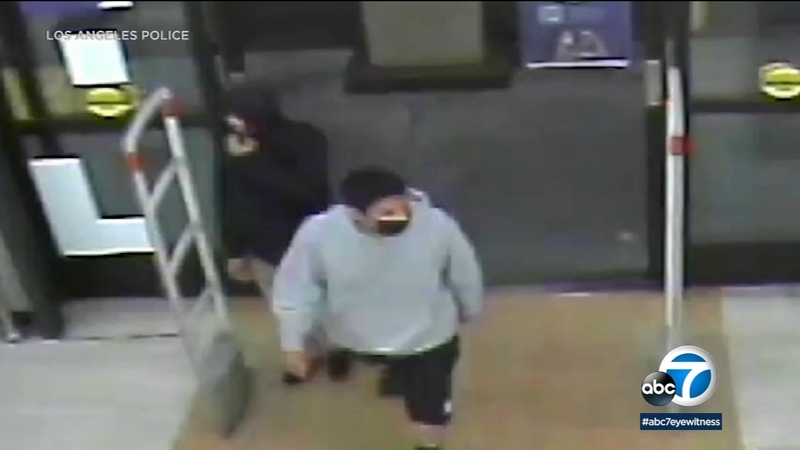 GLASSELL PARK, LOS ANGELES (KABC) -- A 20-year-old man has been charged in connection with the shooting death of a Rite Aid employee in Glassell Park who was killed while confronting shoplifters.

The charges include allegations that Lemus personally used a handgun in the commission of the crime. Lemus turned himself in on Monday at the Los Angeles Police Department's Central station. He is still being held on $2 million bail.

Police say Penaloza, 36, was shot when he tried to stop two men attempting to steal two cases of beer from the store in the 4000 block of Eagle Rock Boulevard.

Shortly after the crime, police released surveillance photos of the suspects who fled through the parking lot. A second suspect in the crime is still being sought.

Penaloza's family and friends have described the victim as a caring man who helped his coworkers out and was working to support his parents. He was also planning to leave the job soon and had already given his notice.

The store was closed for a couple days after the shooting, as employees mourned and union officials accused the company of failing to provide adequate security.

"No one should have to fear for their lives while they shop or work in a retail store. Rite Aid has refused, in store after store, to provide adequate professional security for its employees. Even after death threats and a police investigation took place in this store, the company placed profit over safety and refused security for its employees,'' according to a statement from UFCW 770.

Rite Aid was "shocked and saddened by the killing of a valued associate at our store in Glassell Park,'' said Chris Savarese, director of public relations for the national chain. "The prayers and thoughts of the entire Rite Aid team are with our associate, his family and loved ones during this incredibly difficult time. Rite Aid will offer support to the associate and his family through our associate relief fund and is offering other associates at that location support and counseling. We are fully cooperating with law enforcement authorities in their investigation."