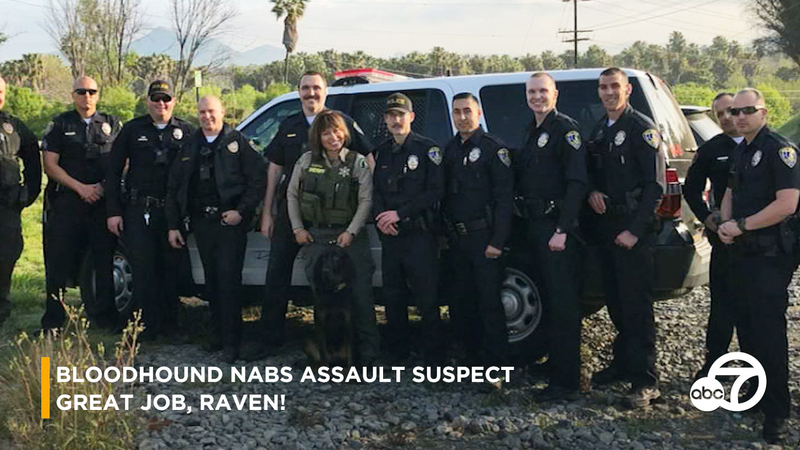 Bloodhound tracks down suspect who assaulted officer
A suspected home invasion robber has been arrested, thanks to the good work of a bloodhound from the Riverside County Sheriff's Department.

Deputies say 20-year-old Roberto Lopez burglarized a woman's Grand Avenue home around 3 a.m. Sunday, assaulting her as he made his escape.

The first officer to arrive ended up in a struggle with him. The suspect knocked her down and kicked her several times before he fled on foot. in his efforts to get away. She was injured and taken to the hospital, while the suspect fled on foot.

They say he dropped a piece of clothing.

A police bloodhound named Raven managed to get a scent from the item and track him to the Santa Ana River bottom, where he was finally captured.

That suggestion is coming from the American Academy of Pediatrics, which says money from the tax should go to public health initiatives -- like children's health or obesity and diabetes prevention programs.

The group is also suggesting limits on marketing to children, and financial incentives for purchasing healthier drinks.

Powerball - no big winner!
The Powerball jackpot has ballooned to $750 million after no one hit the winning numbers over the weekend.

The jackpot is the fourth largest in U.S. history, and the biggest Powerball jackpot so far this year.

The lump sum payout is around $465.5 million. Your odds of hitting the jackpot is about one in 292 million.