Witnesses say the babysitter was able to push the little boy's sister out of the way. She suffered minor injuries.
KABC 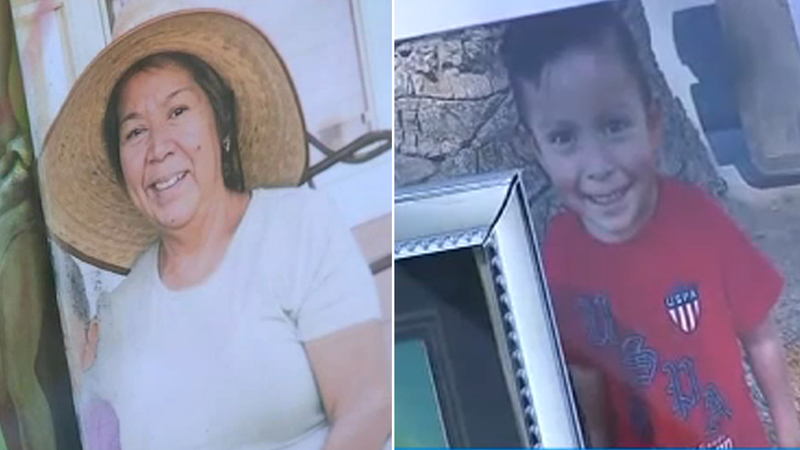 RIVERSIDE, Calif. (KABC) -- A babysitter and a 2-year-old boy were killed and his 6-year-old sister was injured after they were struck by a car as they crossed the street near an elementary school in Riverside Tuesday afternoon, police said.

The crash happened just before 4 p.m. in the area of Hayes and Roosevelt streets near Liberty Elementary School.

Riverside police said the babysitter and the two young siblings were in a marked crosswalk when they were hit by a vehicle described as a blue-colored 2020 Range Rover.

The babysitter and the 2-year-old boy died at the scene. The 6-year-old girl was transported to a hospital with minor injuries.

Witnesses say the babysitter was able to push the little girl out of the way.

According to a preliminary investigation, a 46-year-old Riverside resident was driving the Range Rover westbound on Hayes Street and approaching Roosevelt. The three pedestrians began crossing Roosevelt Street in the marked crosswalk as the SUV entered the intersection.

Police said the driver made a southbound turn onto Roosevelt and struck the woman and two children as they crossed the roadway.

The driver, who is cooperating, stopped at the stop sign before the crash, police say.

It does not appear drugs or alcohol were a factor in the crash and the driver cooperated with the investigation, police said in a news release. The driver was also not speeding, according to investigators.

The names of the victims were not immediately available. The driver was not injured in the crash.

Anyone with information regarding the crash is asked to call Riverside police at (951) 826-8720.