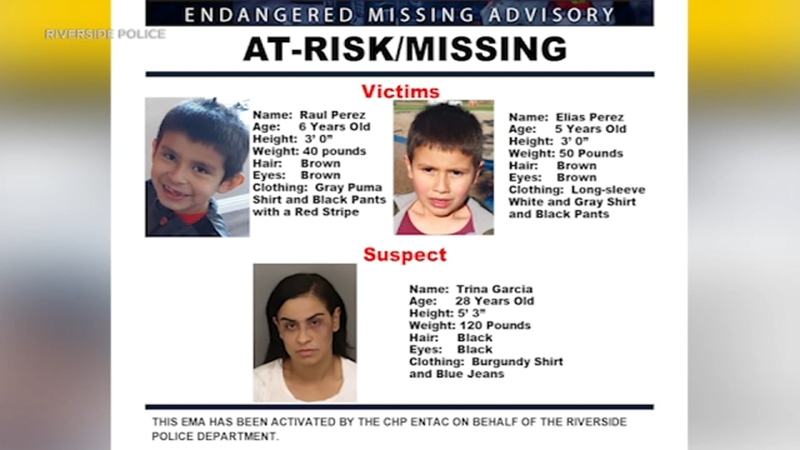 Riverside police searching for mother suspected of abducting her sons

RIVERSIDE, Calif. (KABC) -- Police in Riverside are asking for the public's help in finding two young boys who disappeared during a supervised visit with their mother over the weekend.

Raul and Elias Perez, who are 6 and 5 years old, respectively, were last seen Sunday afternoon at Fairmount Park, according to the Riverside Police Department. Police say their biological mother, identified as 28-year-old Trina Garcia, "snuck away" with both kids without permission.

It's unknown if she left with the children in a vehicle or on foot.

Garcia is not their custodial parent and is believed to be homeless. She is described as standing 5 feet, 3 inches tall and weighing 120 pounds with black hair and brown eyes. She was last seen wearing a burgundy shirt and blue jeans.