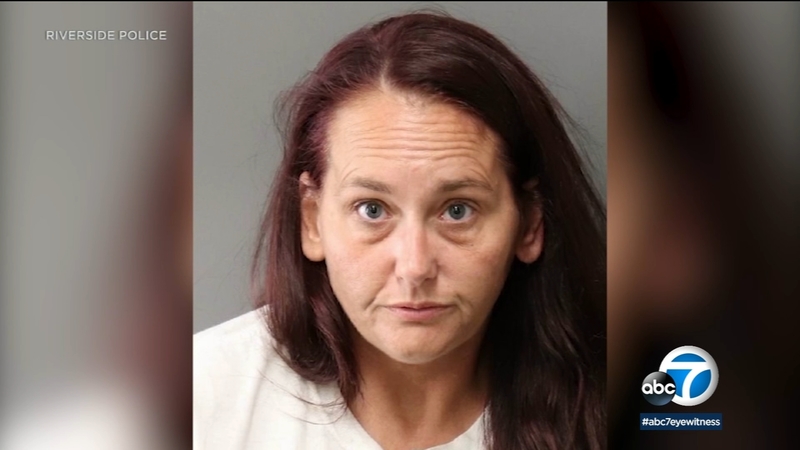 RIVERSIDE, Calif. (KABC) -- A Riverside school employee and her husband face criminal charges for allegedly distributing fentanyl to at least eight students at a school for students with special needs, police say.

Melissa Harloam-Garrison, 46, was arrested this week on suspicion of providing the drug to students at Bright Futures Academy, a non-public school serving kindergarten to 12th grade students.

Riverside police say their investigation started on Tuesday afternoon after they were called to the school to deal with an incorrigible student.

"This is the type of school that has kids with special needs and cognitive and behavioral struggles, so it's not necessarily uncommon for us to respond like that," said Riverside Police Officer Ryan Railsback.

But upon arriving on campus their investigation took a different direction.

An employee at a Riverside school for students with special needs was arrested for allegedly distributing fentanyl to students, including to one student who overdosed, Eyewitness News has learned.

"While they were there, some staff members approached the officers to let them know of their suspicions of another employee possibly furnishing fentanyl to some students."

Police then brought in their narcotics team, which learned that a student had recently overdosed on suspected fentanyl the week before at their home in another city. That student was revived by paramedics and will recover.

Later, police said their investigation revealed Harloam-Garrison was believed to have distributed the fentanyl to students on campus, including to the student who overdosed.

"I guess her status or her job at the school she's actually employed, is acting as security or campus aid, but is also a bus driver, and we believe that she's related to the owner or chief operating officer, who is her mother," said Railsback. "There's probably been at least eight to 10 students that this employee gave fentanyl to."

Authorities said they seized over 150,000 counterfeit oxycodone M30 pills on Tuesday in Huntington Park, which are believed to contain fentanyl.

Police say Harloam-Garrison lives in a cottage on school property with her husband. A search of Harloam-Garrison's home found more than 100 suspected fentanyl pills, two handguns and various types of ammunition, according to police.

Harloam-Garrison was scheduled to be arraigned on Friday afternoon, but did not appear in court because of medical reasons. Her husband did appear in court, but their arraignment was postponed until Monday.

Bright Futures Academy (BFA) has become ensnared in a terrible situation involving a now-former employee, Melissa Harloam-Garrison, who is alleged to have provided illegal drugs to a small number of students. School administration is working with local law enforcement, student families, and as well as state and local education offices toward resolution of this event. Our Adelanto campus remains open. BFA has been and remains committed to the safety of the students in their care.

BFA is appealing today's hasty decision by the California Department of Education to temporarily revoke our special education funding certification. Districts are still permitted to send students to BFA-Riverside utilizing general education funds. This will allow families to continue their child's education routine with the same teachers and curriculum they have had all year.

Parents will continue to receive updates from school administrators. The school has been searched by Riverside Police Department investigators as well as an independent team of drug sniffing dogs. No additional illicit items have been found.

Three men were found dead from a possible fentanyl overdose at an apartment complex in downtown Los Angeles Thursday morning.

The school says it has made counselors available to students and staff to help process the incident, and that it will enhance their employee screening process with new drug tests and regular monitoring.

Bright Futures Academy says it will be closed to students on Monday as school employees and administrators meet to discuss "how to best serve the mental health and education expectations of their special needs students."

The investigation is ongoing. Anyone with information regarding this case is asked to call the Riverside Police Department's Narcotics Unit at (951) 353-7200.