WARNING: The video in this story is disturbing.
KABC
By Leticia Juarez 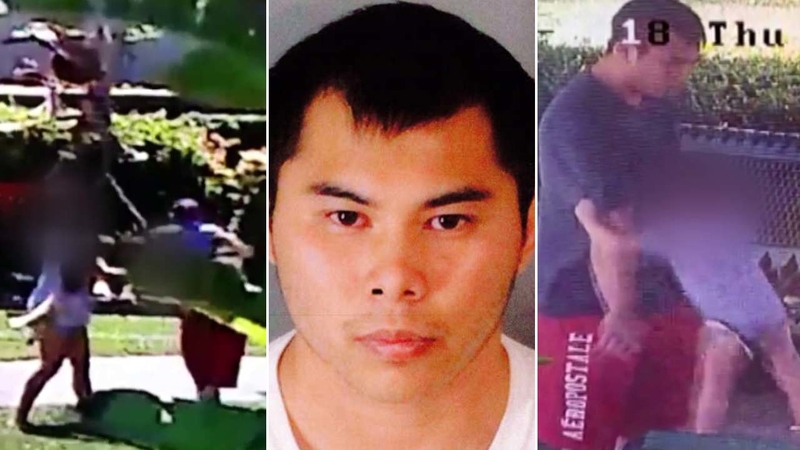 RIVERSIDE, Calif. (KABC) -- Disturbing surveillance video shows a toddler being tossed to the ground and flung around violently allegedly by his father amid a domestic dispute in Riverside.

The man seen in the video was identified by police as 27-year-old Techhoak Danny Lim of Riverside.

The unsettling video first surfaced on social media, and the footage is now being used as evidence. Investigators were able to track Lim down thanks to a vigilant homeowner, who showed the home security video to police and posted it to Facebook in an effort to identify him.

The incident, which took place on July 5, allegedly shows Lim violently swinging his 18-month-old son at his girlfriend during a heated fight. The video shows Lim using the child to strike the woman, who tries to run away from her attacker.

Another clip shows Lim dropping the child, apparently on purpose, before returning to pick him up.

Police canvassed the neighborhood and arrested Lim on July 5. He has since posted bail. He faces child endangerment and domestic violence charges.

Authorities said the child sustained some minor injuries and has been treated.

"I mean it catches your breath. It takes your breath away, and then there's anger, and then as a mother, it gets you upset. It makes you angry, you get emotional, and so that's kind of the reaction that I had, and I'm sure the officers at the scene had," said Detective Jerilynn Czobakowski with the Riverside Police Department.