High-heeled heist: 2 women sought in robbery of men they met at LA restaurant 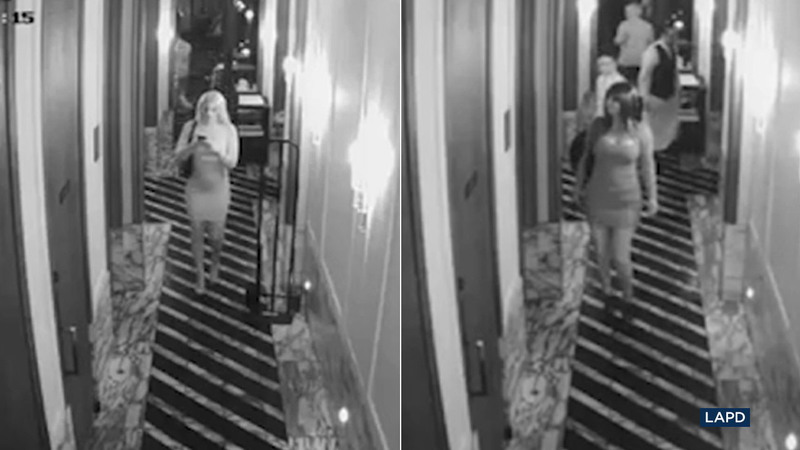 LOS ANGELES (KABC) -- A man was robbed and left unconscious after he and a friend met two women at a high-end Los Angeles-area restaurant and brought them home, police say.

The two men were having dinner at a high-end restaurant when they met two women, according to the Los Angeles Police Department. Eyewitness News has learned the restaurant was Cecconi's in West Hollywood.

Eventually the two men and their new female acquaintances left the restaurant and ended up at the home of one of the men, in the 6500 block of Lindenhurst Avenue.

At the home, the women mixed drinks, which the men drank.

At one point, one of the women went outside with one of the men, while the other two stayed inside.

After some time, the woman outside went back into the home to use the restroom.

A man was robbed and left unconscious after he and a friend met two women at a high-end Los Angeles restaurant and brought them home, police say.

When she didn't come back out again, the man went to look for her.

He found his friend lying unconscious inside a bedroom and the two women gone.

He called paramedics, who brought his friend to a local hospital, where he was described in serious but stable condition.

Police did not specify whether the man was knocked out by something in the drinks or some other cause.

The incident happened Oct. 28, 2019 but police released surveillance video of the two women on Friday and asked the public for help finding them.

The blonde was the woman who stayed inside the home, police said.

The second suspect, who was outside the home during part of the incident, was wearing a red wig. She stands about 5 feet 3 inches to 5 feet 5 inches and weighs 140-150 pounds. She has tattoos of hearts and butterflies on her stomach, police say.