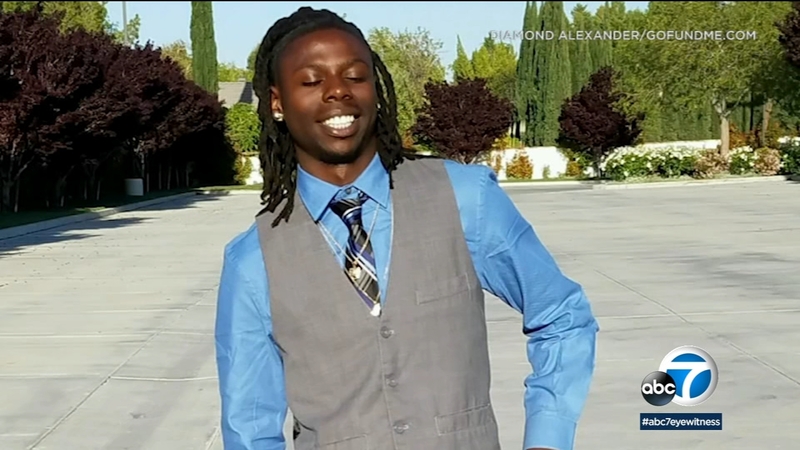 PALMDALE, Calif. (KABC) -- A police investigation confirmed suicide was the cause of death of a Black man found hanging from a tree in a Southern California city park last month, authorities said Thursday.

The investigation revealed Robert Fuller, 24, suffered from mental illness and took his own life early on June 10 in a park near City Hall in Palmdale, a community of about 150,000 people north of Los Angeles, sheriff's Commander Chris Marks said.

At a news conference on Thursday, investigators also detailed their analysis of physical evidence.

"There were no signs of a struggle. No defensive wounds observed, and no other signs of trauma visible to Mr. Fuller," said Cmdr. Chris Marks with the Los Angeles County Sheriff's Department.

"The DNA results were returned from the ligatures and the fingernails of Mr. Fuller. The quantitative results for each tested sample indicated that the predominant contributor for each sample belonged to Mr. Fuller," he said.

At the time the body was found, deputies found no evidence of a crime and an autopsy conducted the next day resulted in an initial finding of suicide.

An autopsy for Robert Fuller, who was found hanging from a tree near Palmdale City Hall, is complete, his family says.

That finding outraged Fuller's family, who said he was an upbeat person and wouldn't have taken his own life. They said authorities were too quick to dismiss the possibility of a crime. They hired an attorney who said an independent autopsy would be conducted, and the FBI and state attorney general's office pledged to monitor the investigation.

The case came in the midst of intense protests over police brutality following the police killing of George Floyd in Minneapolis.

Following Fuller's death, more than 1,000 people attended a peaceful protest and memorial around the tree where his body was found. His family and friends described him as a peacemaker who loved music and video games, and mostly stayed to himself.

He had gone to a Black Lives Matter protest days before he died, the Los Angeles Times reported.
A week after Fuller's death, his half-brother, Terron J. Boone, was fatally shot by Los Angeles sheriff's deputies. Police say Boone opened fire on deputies as they were about to arrest him on charges that he beat his girlfriend and held her captive for nearly a week. He died at the scene, where a handgun was found.

The City of Palmdale issued a statement "officially supporting the call for an independent investigation and an independent autopsy" of Robert Fuller.

Fuller was the second Black man recently found hanged in Southern California. Malcolm Harsch, a 38-year-old homeless man, was found in a tree on May 31 in Victorville, a desert city in San Bernardino County east of Palmdale.

Police were able to obtain surveillance footage from a vacant building near where Harsch's body was found that "confirmed the absence of foul play," according to the San Bernardino County Sheriff's Department. The family was shown the video and said they accepted the finding of suicide.