Earl Palmer passed away in 2008, but his son, Don, has continued play jazz music throughout Southern California.
KABC
By Jaysha Patel 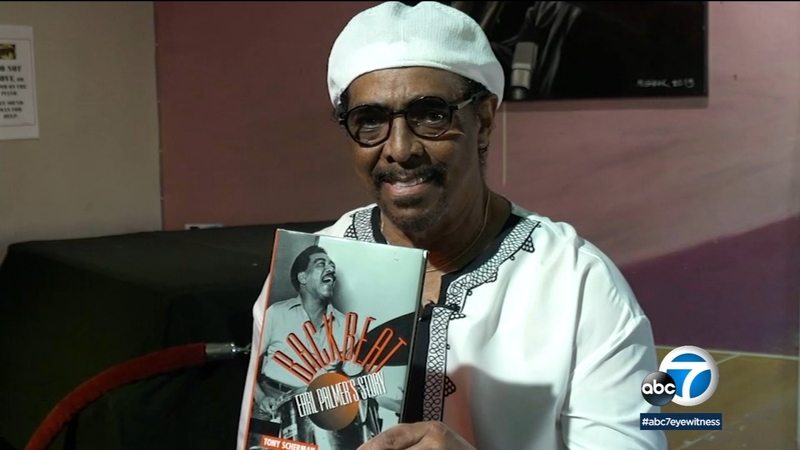 LONG BEACH, Calif. (KABC) -- Long Beach resident Donald Palmer is a drummer just like his father, Earl Palmer, who is in the Rock and Roll Hall of Fame.

Donald says his father is his biggest inspiration.

Earl Palmer's success included being a part of soundtracks on movies and also daytimes shows.

"That's like jingles and cartoon music. My daddy was on the theme for Mission Impossible, Batman, Flintstones," said Donald Palmer.

"He was the first colored drummer in Los Angeles and another thing that's very important is that he gave access to a lot of Black musicians and when he broke that color barrier, he brought other qualified musicians into that daytime music in the studios," said Donald Palmer.

Donald says his father was the best teacher when it came to music.

"Besides being a dad, he's like a good friend. He kept us out of trouble and he taught us everything he know but myself, I consider myself a pretty good drummer, but I'm no Earl Palmer. He was really special," said Donald Palmer.

Donald says after school and tour, he started his own jazz group called Palmer Jazz Project which has seven members.

The group performs at different occasions and venues. One of them is at Roscoe's House of Chicken and Waffles in Long Beach.

For Donald, some of his fellow band members are more than friends. He says they're practically family. Ronald Batiste grew up with Donald and his brother.

"We grew up together, all three of us are left handed, we're born on the same day. I was influenced by their dad as much as anyone else and we play music together," said Ronald Batiste, a percussionist with Palmer Jazz Project.

The band hopes to have a CD come out by June.