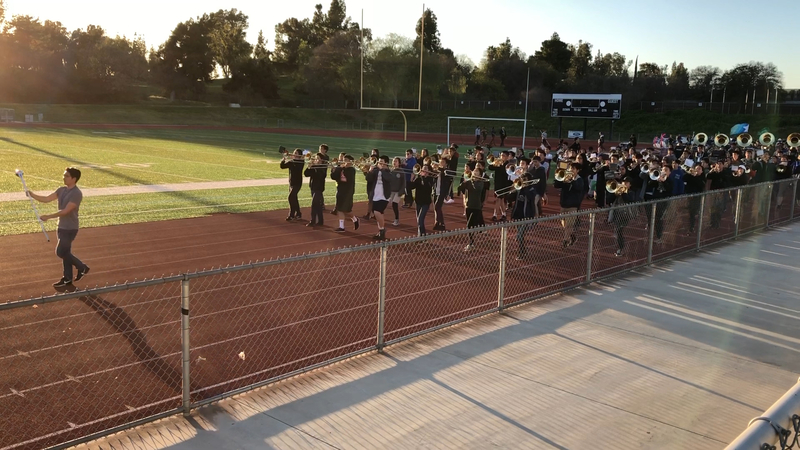 SAN GABRIEL, Calif. (KABC) -- About 275 talented marching band students from Alhambra Unified School District are getting ready at San Gabriel High School after it was announced earlier this month they will march in the 2020 Rose Parade.

"I knew about our school going to the 2009 Rose Parade," Andy Lam, drum major at San Gabriel high, said. "And I thought, 'What are the chances that we are going to go?'"

"When I found out we got in I was like, 'Wow, this is a big deal, this is big for our school,'" Candace Lee, drum major at Mark Keppel high, said.

Even though this is the second time the district band will march in the parade, it's a first and probably a once-in-a-lifetime opportunity for a new group of students.

"I saw the plaque in our band room and I thought, 'Oh, we'll never do that again,'" Adrian Govea, band member from Alhambra high, said. "But we are and I'm pretty excited about it."

From the day they started preparing for their audition tape, to the day they'll take their first step in the parade the band will have put in more than 250 hours of practice.

"To get into the Rose Parade, it's like making it to the Super Bowl," Mark Trulson, head marching band director, said.

Trulson was there when they made their debut 10 years ago along Colorado Boulevard in Pasadena.

"It's fun to be back. The first time you do it's awe-inspiring," Trulson said. "The second time, we've done this before, we got this.'"

About 100 bands from all over the world auditioned to join the 131st Rose Parade, but only 20 were selected.

"Band isn't for everyone, but if you love something you have to put your mind to it," Govea said.

"I'm a little overwhelmed myself," Lee said. "This feels like kind of a dream."

Lee in particular is counting every second to the big day they'll march in the parade.

"The Rose Parade is actually on my birthday, I was born on Jan. 1st," Lee said. "I think being there going down that street will be the best birthday party ever."