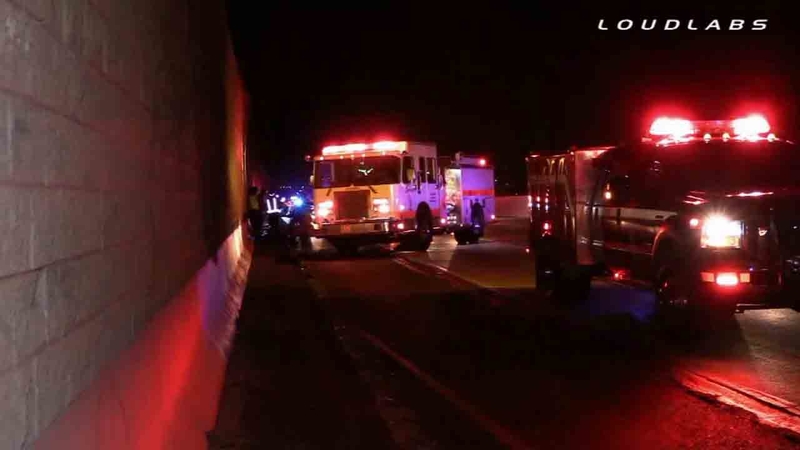 RUBIDOUX, Calif. (KABC) -- One person was killed and two others wounded in a car-to-car shooting on the westbound 60 Freeway in the Rubidoux area of Jurupa Valley Saturday night.

Investigators say the victims were in a white four-door on the freeway west of Main Street when a suspect in a dark-colored sedan opened fire around 11:10 p.m. The suspect then fled the scene.

Responding officers found one person dead at the scene. The two other victims were transported to local hospitals. Their conditions were not immediately known, but one of the two surviving victims allegedly met with detectives at the sheriff's station Sunday morning.

The mother of the driver told Eyewitness News her son was grazed by a bullet. She said her son and his friends got into some sort of verbal altercation with another group at Bakers Drive Thru, and were followed onto the freeway by people in a dark-colored car.

The incident was described by deputies as an assault with a deadly weapon.

The California Highway Patrol temporarily shut down the westbound and eastbound lanes of the 60 Freeway at Rubidoux Boulevard. All lanes were reopened around 6:30 a.m.