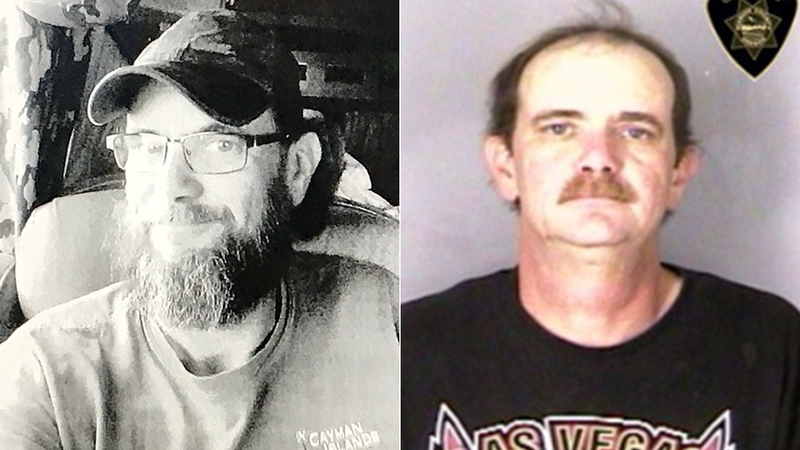 Stephen Houk, 46, was arrested around 4:30 p.m. in the Barstow area, according to officials. He was found inside a rail car.

Houk led authorities on a lengthy chase Tuesday that started from the mid-Wilshire area and ended in an orchard in rural Shafter, just outside of Bakersfield.

Police chased a possibly armed domestic violence suspect in an RV who had two young children with him from LA to Kern County.

Two children, 11 months and 3 years old, who were in the RV during the chase were safely recovered in the orchard after Houk appeared to have abandoned the vehicle. A dog was also found safe.

Houk was believed to have been involved in a domestic violence incident and had been chased earlier that day by sheriff's deputies in the Santa Clarita area, until that pursuit was canceled.

In that incident, officials said Houk was involved in an argument with his wife in the parking lot of a Best Buy in Santa Clarita. He is suspected of pointing a gun at her, forcing her to leave the RV and threatening harm to their 3-year-old child, officials said.

Police said Houk is a registered sex offender from Oregon who was on parole for a sexual offense. Oregon court records show he was convicted of one count of sodomy in 2002.

He absconded from parole in 2016 and a warrant was issued for him, according to the sheriff's office in Marion County, Oregon.