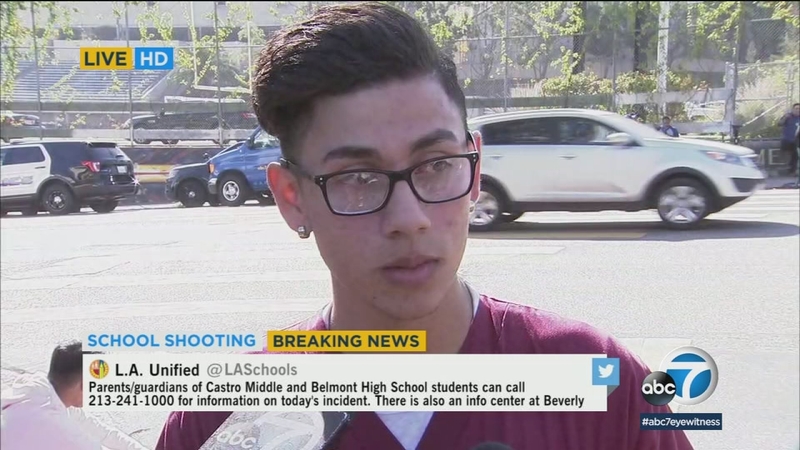 WESTLAKE DISTRICT, LOS ANGELES (KABC) -- A young man said he dropped everything and rushed to Sal Castro Middle School when his little sister called him and said, "Someone just got shot, I need you."

Diego said his sister called him right away after a suspected shooter, who police identified as a 12-year-old girl, opened fire and shot two 15-year-olds at the Westlake district campus.

The young girl informed her brother that a shooting had just occurred, and she asked her sibling to come for her.

He added that his sister hasn't had a chance to speak to him about the incident but said she simply told him, "Someone just got shot, and I need you to be here right now. I'm scared."

Without thinking, Diego told her he will be right there, and everything was going to be OK.

"As an older brother you wouldn't like your little sister to be in this type of situation, you know," an emotional Diego said.