Attorneys representing the families say the group never stood a chance against the defective equipment.
KABC
By Jessica De Nova 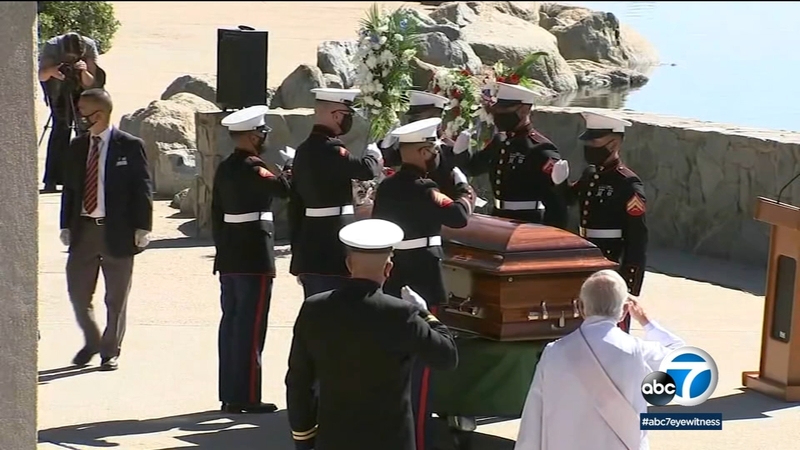 SAN CLEMENTE ISLAND, LOS ANGELES COUNTY (KABC) -- Nearly one year after the tragic death of nine military service members at sea, their families announced they'll file a lawsuit against British Aerospace Systems, the designer and manufacturer of the amphibious assault vehicle or AAV in which the group drowned.

"BAE Systems has known about this defect for decades and they never bothered to fix it or notify the military," said Annee Della Donna, an attorney for the families of those service members killed.

The incident happened on July 30, 2020, off the coast of San Clemente Island. The servicemen were aboard the AAV on their way out to training.

Grieving family members are still going through the pain of losing their loved ones as the one-year anniversary comes up.

"It's been such a long year and yes this pain is something that I don't wish any other family to go through," said Lupita Garcia, a mother of one of the victims.

Another grieving mother, Christiana Sweetwood, recalled the emotional day, "There's a hole in my family I can't fix and I don't want another mother standing at a door at 7 a.m. and two casualty officers telling her that her son is missing."

In a statement to Eyewitness News, a spokesperson with BAE said, "We offer our deepest sympathies to the families impacted by this tragedy and we mourn the loss of the nine service members. We are not in a position to comment on ongoing litigation."

The U.S. Marine Corps conducted an investigation last March and concluded rough waters, maintenance failures and lack of training were the causes of the incident.

There's new fallout after the training accident that killed eight Marines and one Navy sailor off the coast of San Clemente Island.

Attorneys representing the families of the eight Marines and one sailor say the group never stood a chance against the defective equipment.

Della Donna pleaded that the families are "calling on the U.S. military to beach every single AAV - do not let them in the water. And if we have to stop them going on the water, we will lock arms and we will stop them from going in the water until these important changes are made."