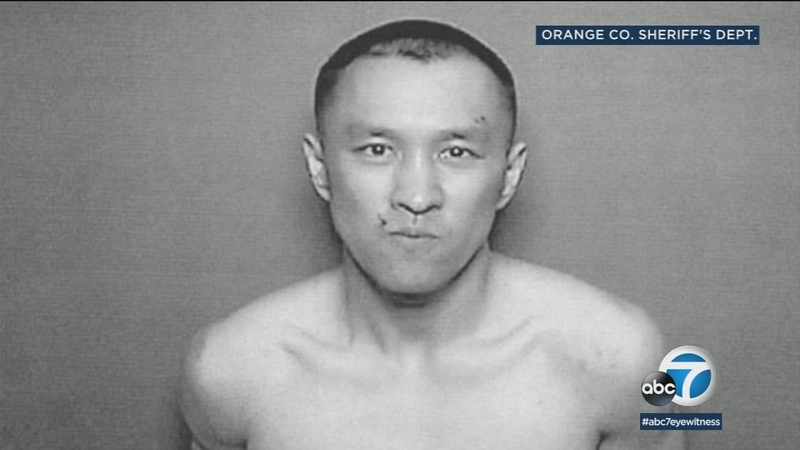 SAN JUAN CAPISTRANO, Calif. (KABC) -- A well-known online gamer spoke publicly Monday after he said his brother is suspected of killing their mother and critically wounding their father.

What Yihong Peng is suspected of doing to his parents came as a shock to his younger brother Yilang, who is a League of Legends star. Yilang is known as "Doublelift" in the online gaming world and joined Team Liquid last year.

"I received some terrible news. My older brother attacked both of my parents with a knife. As a result of this attack, my mom passed away and my dad was seriously hurt and is now recovering in (the) hospital," the statement said.

"I'm still processing this news and joining up with my dad and little brother to make sure they're OK and the proper arrangements are being made. I'll be quiet on social media while I work through this. I hope you all understand and support me as you always have in the past."

Authorities said before the attack, the 30-year-old got into a fight with his parents Friday night at their San Juan Capistrano home. The suspect's girlfriend wasn't injured.

"The girlfriend of the suspect was either at the home when the incident occurred or may have been there earlier in the evening," Cmdr. David Sawyer said.

Yihong's 59-year-old mother Wei Shen died at the scene. His father, Guojon, was hospitalized. He is expected to survive, authorities said.

Authorities arrested Yihong after a short chase. The motive is still unclear. He is being held on $1 million bail.

Team Liquid tweeted a statement regarding what happened.

"Our hearts are heavy tonight after this shocking news," the tweet said. "We grieve with Doublelift and his family and will do everything we can to support them during this time."