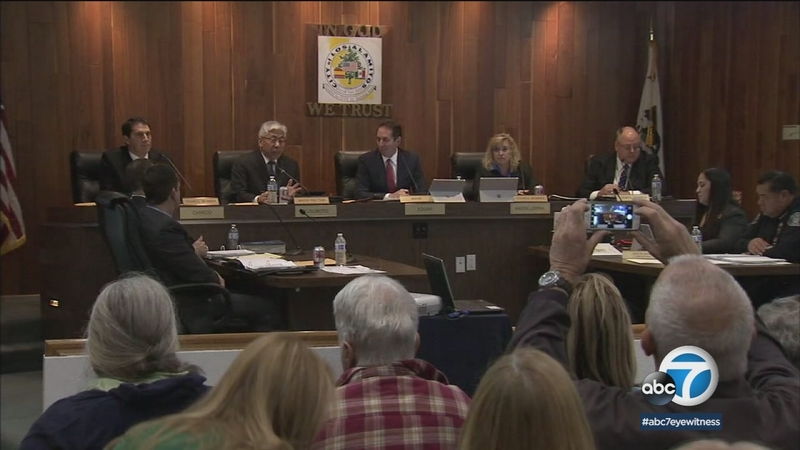 The City Council voted 4-1 in approval of the ordinance Monday night.

"I feel that Sacramento, the elected leaders up there, are bullying us into violation of the oath of office that we took," Mayor Pro Tem Warren Kusumoto said.

Kusumoto wrote the ordinance, which states it's impossible for the council members to honor the U.S. Constitution while still complying with the sanctuary state law.

He suggested his peers choose to comply with the federal government.

"We really don't believe in the sanctuary bill and we would like to take a position to state our case and make it clear to our residents where we stand," Mayor Troy Edgar said.

The mayor and mayor pro tem said part of that consideration has to do with their constituents who work for the federal government, like at the Joint Forces Training Base in Los Alamitos.

They insist the move was not about picking political sides.

The American Civil Liberties Union said it's ready to take legal action if Los Alamitos continues on this path.

"They must follow state law, and I'm very disappointed they're sending a message to immigrant communities that they want to be part of Trump's deportation dragnet," said Cynthia Valencia from the ACLU.

Both sides were heard inside the city's council chambers. The proposal received mixed reactions in the community of about 12,000 people.

"With a sanctuary city, you only increase more crime, more illegals come into it, which puts more pressure on the police," Walter Toney said.

Another resident did not agree with the ordinance.

"I would not give them my vote. I think that's ridiculous. I think we should support immigrants as much as possible in California," Amanda Johns said.