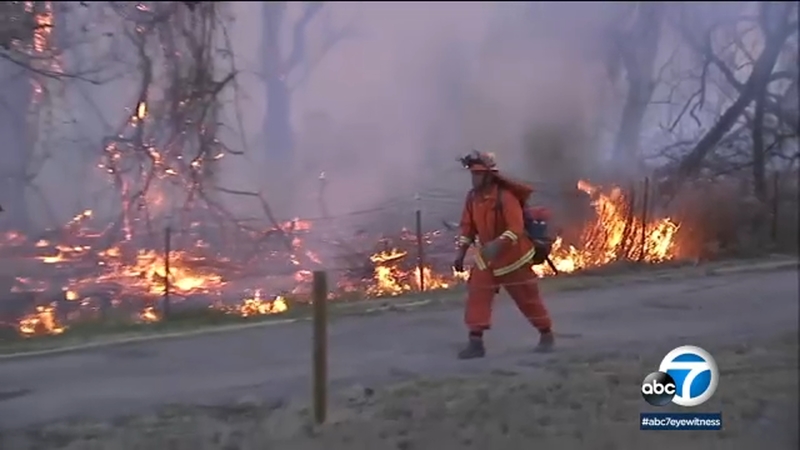 An effort is underway to clear large areas of brush, dense fuels and homeless encampments from the Santa Ana River bottom in Riverside County.

Riverside County Fire Chief Bill Weiser said his primary concern is to reduce fuels in the river bottom. Not only does it make it difficult for firefighters to get access, but those fuels often cause fires to linger for quite some time.

"It's usually because of the fuel loading," said Weiser. "The non-native species like the bamboo. It's terrible."

Weiser said the Riverside County Fire Department is seeking a state grant to provide funding to make changes to the Santa Ana River bottom. He hopes county and city leaders can come together to make plans to clean it out.

"It's probably a combination of a lot of things, whether it's control burns or using animals to eliminate fuels, there are so many things people can do these days to eliminate some of that," said Weiser.

Riverside residents and city leaders are looking for solutions at the heels of nearly two dozen fires that have ignited in the Santa Ana River bottom since the beginning of the year.

Karen Spiegel, Riverside County supervisor for District 2, is asking for other board members to join her in supporting the fire department in its efforts to seek funding to clear out the river bottom.

"This is long term, it's not going to happen overnight," she said. "We're not suddenly going to get money and be able to clear it all out, and that's not what you want to do. You want to do everything with a method, and very strategically, because we want it to be long term. It's not something that we clean up today and then it's back tomorrow. We want to make sure this is done right the first time."