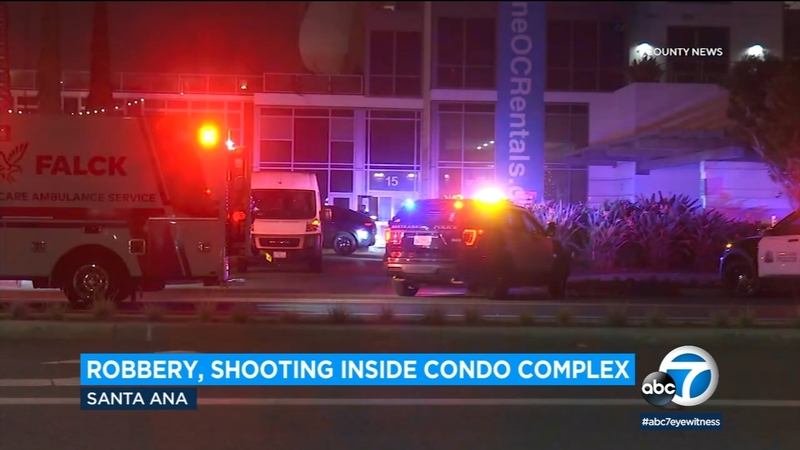 The incident occurred inside the Essex Skyline Apartments building on MacArthur Place, where two victims were confronted as they returned home, according to the Santa Ana Police Department. Whether they had been followed home or specifically targeted was unclear.

One of the victims was shot once in the lower torso and struck with a Taser. The individual was expected to recover.

Two suspects made off with jewelry, guns and an unspecified amount of cash.

News video from the scene showed paramedics placing a person on a gurney into an ambulance.

More than $100,000 worth of jewelry stolen after robbers held 3 people at gunpoint at hotel in DTLA
EMBED More News Videos

More than $100,000 worth of jewelry was stolen when robbers held three people at gunpoint at a hotel in downtown Los Angeles Tuesday morning.

"We're trying to figure out if they were followed or if they were already there when they were confronted," said police Cpl. Maria Lopez. "That information, unfortunately, we're still trying to sort out. It's still early on in the investigation."

The robbers remained at large. Descriptions of the assailants were not available.