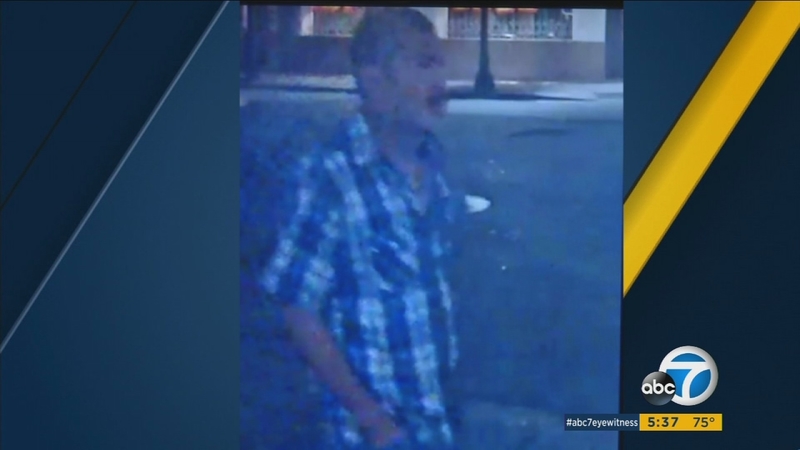 Authorities said a 26-year-old woman who was intoxicated walked up a stairway outside of a bar Sunday night when a man groped her and tried to kiss her.

In the video, the woman tries to fight the man off, but he pushes her to the ground and drags her to the bottom of the stairs.

"This is a violent sexual predator. He preyed on this woman. We need to get him into custody," Cpl. Anthony Bertagna said.

Eyewitness News was told the woman is OK and that she managed to fight off the man and tell police. The city's cameras show the moments leading up to the alleged assault. The woman walks down the street to the stairwell, with the man close behind.

Alyssa Schumacher works right next to the bar where the incident happened.

"It is definitely really scary because it makes you realize that you can't trust anybody or anything, or definitely you can't go alone anywhere," she said.

Multiple cameras in the area captured images of the man before and after the crime. With all the surveillance, extra security and police patrols in the area, some residents said the video is even more shocking.

"We have full attention in regards to security and protection, which makes this a little disconcerting that it did occur with everything that's kind of set up for it," Richard Espinachio said.

Authorities are hoping someone recognizes the man in the videos. Officers also want to remind people to travel in groups, especially late at night and when out drinking.