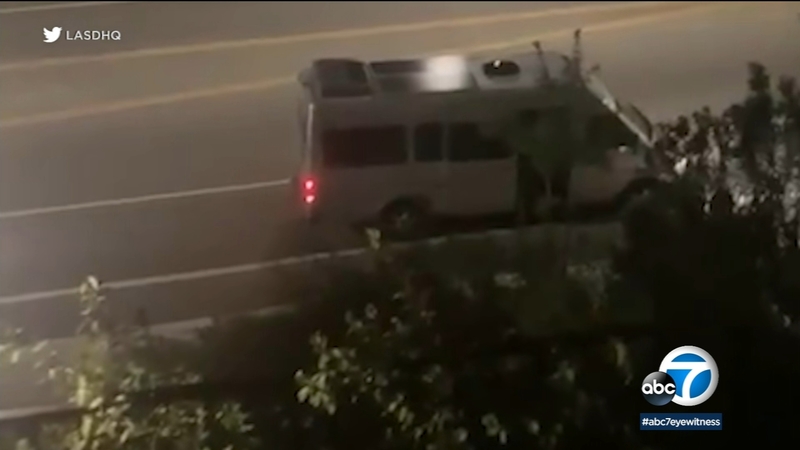 NEWHALL, Calif. (KABC) -- The woman who was heard on video screaming for help in Newhall has contacted the Los Angeles County Sheriff's Department.

The sheriff's department had asked for the public's help after the Thursday incident in which a woman was heard on video screaming. In a video tweeted by LASD, the woman was heard shouting "Help! Help! Somebody help me!" as a large van was parked on a street in the area of Calgrove Boulevard and Creekside Drive in Newhall.

"Stop! Stop!" the man recording was heard shouting toward the parked van. "They're abducting her! Call 911!"

Authorities are asking for the public's help after an incident Thursday in which a woman is heard on video screaming for help in Newhall.

On Wednesday, a spokesperson with the Santa Clarita Sheriff's Station said the woman contacted them, saying what was caught on camera was a disturbance between her and her boyfriend. Deputies responded to verify the story.

Authorities said the woman is safe now, and the case remains under investigation.