Hundreds gather in Hollywood for 'Save Our Health Care' rally 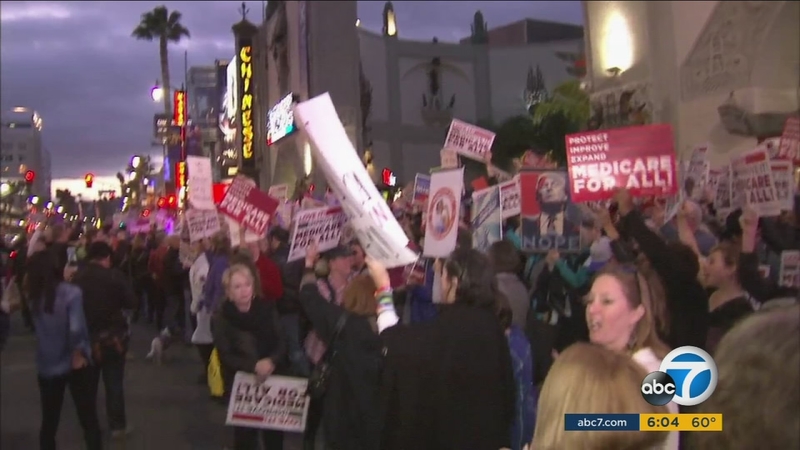 Hundreds gather in Hollywood for 'Save Our Health Care' rally

HOLLYWOOD, LOS ANGELES (KABC) -- Demonstrators in Southern California joined thousands across the nation on Sunday in attending "Save Our Health Care" rallies, being held by democrats.

Several were heard chanting "health care for all," accompanied with cheers from crowds holding signs.

Hundreds rally in Hollywood to save the Affordable Care Act. We're live at 7pm on KDOC and at 11pm on ABC7 with the story. pic.twitter.com/pcb3DFepJe

Many protestors said they think it is irresponsible to dismantle Obamacare without having a set plan in place to replace it.

Others said they fear people with pre-existing conditions will be unable to get health insurance.

"Yes, we can improve it but we can't just get rid of it," said resident Stephen Fixary. "There's too much many people who require it, expecially my son, who has a future ahead of him. If it's gone, I don't know what I'm going to do."

In Michigan, a huge crowd turned out to hear senators Chuck Schumer and Bernie Sanders speak about the issue.