KGO
By Dan Ashley
SAN FRANCISCO -- They fly through the night, sometimes carrying deadly viruses in their bodies, but are still surviving.

That's why bats have been such a boon to researchers.

Groups like the One Health Institute at UC Davis have used bat populations as an early warning system, sampling their fluids to learn what virus' are doing, and what may be coming next.

But now, other scientists are hoping bats and their incredible immune systems can provide different clues in the fight against COVID-19.

"Bats have evolved some amazing mechanisms. They have a super robust anti-viral response but they have a very strict regulation of the inflammatory response, they have the best of both worlds," says Arinjay Banerjee of McMaster University in Canada.

Banerjee and his colleagues wanted to learn how some bat species are able to fight off virus' that have jumped to other animals, and eventually to humans with deadly consequences.

In their lab at McMaster University in Canada, they isolated a powerful amino acid that helps unleash proteins called Interferons, which kick the bat's immune response into high gear. But then they went a step further, transferring it into a human sample.

"And we've been able to show that introducing this one amino acid enhances anti-viral response in human cells," explains Banerjee.

He says their work is still in the research phase.

But the idea of using Interferons to fight COVID-19 is already at the center of a major clinical trial at Stanford, where patients are being given a drug version within days after they're diagnosed with the virus. While the two developments are unrelated, some observers believe that studying other evolutionary adaptations in bats might help inform strategies for giving the human body an advantage.

David Schneider, Ph.D., is a disease ecologist at Stanford, who studies patterns in how animals recover from disease.

"You know what we would like to be able to do is make people more bat-like in a sense, so that they would be able to do what bats do to knock down the virus and not get sick while doing it," says Schneider.

"Like the anti-inflammatory adaptations. What can we learn from that in terms or therapeutic targets, small molecules and a whole bunch of things?" he asks.

And answers that might include knowing whether we as a species will develop our own resistance over time. For now though, they are questions scrambled by millions of years of evolution. A process that's left these tiny flying creatures in a position that humans can still only hope to learn from.
Report a correction or typo
Related topics:
sciencestanford universityuc davisstanford universityuc daviscoronavirusbatscovid 19 pandemicsciencecovid 19
Copyright © 2021 KGO-TV. All Rights Reserved.
RELATED 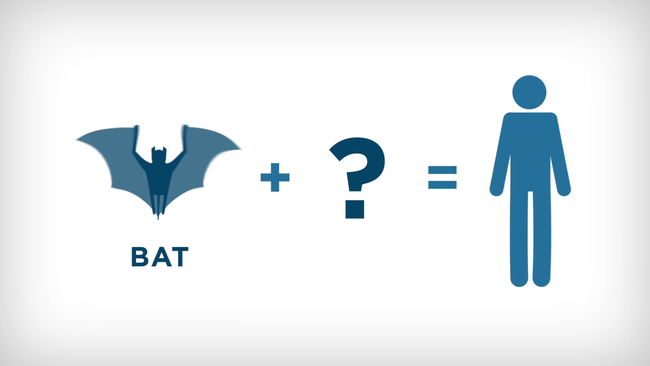 Where did COVID-19 come from?
CORONAVIRUS

Where the stimulus package stands in Congress, what's next