At 10 p.m., she said goodnight. By 2 a.m., her son had been scammed and died by suicide.
KGO
By Karina Nova 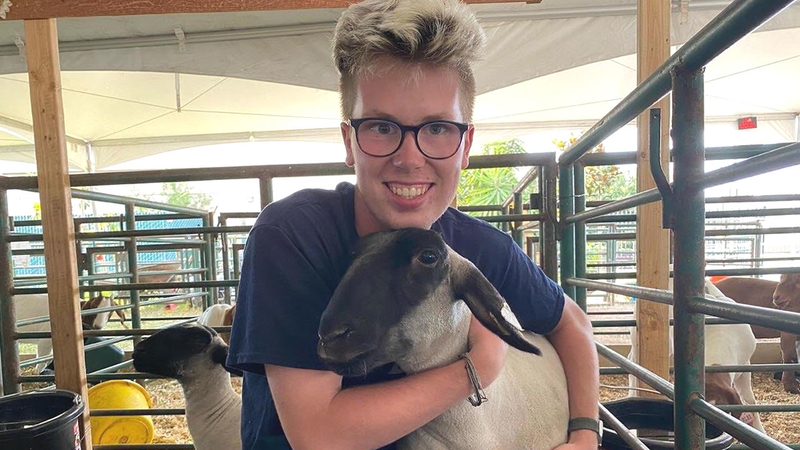 SAN JOSE, Calif. -- Editor's note: If you or someone you know is struggling with suicidal thoughts or mental health matters, please call the National Suicide Prevention Lifeline at 800-273-8255 to connect with a trained counselor or visit the NSPL site.

At 17 years old, Ryan Last had many interests. He was a straight A student, a Boy Scout, a second degree black belt, and an animal lover.

"He truly fell in love with the raising of the animals and even my younger son has now taken on to that and so he's raising a lamb also," his mom Pauline Stuart shares.

Because of the COVID-19 pandemic, like most kids, Ryan also spent a lot of time online.

A young boy's curiosity about the opposite sex coupled with his love for social media and the speed of the Zelle money app turned out to be a costly combination.

"We had all parental controls on there," Stuart said. "He couldn't download any apps without requesting or approval we had at a certain time, I believe it was nine o'clock. He couldn't get to certain apps, but the problem is, we gave a little bit more freedom with some of the apps because they were used for school work also."

That extra phone time is when Ryan turned into a victim of an increasing crime, called "sextortion."

"Someone portrayed themselves as a young girl showing interest in, and then they just carried on a conversation for hours before they started targeting him with pictures and stuff like that," Stuart explained. "They built this trust, they sent him a picture and asked for one in return, and as soon as he did, they demanded $5,000 from him. He couldn't pay that so, then they negotiated down and he was able to pay $150 from his account, but as that was the issue, because as soon as he paid, they realized there was money there."

That threat to share the photo and the demand for more money from the online scammer continued relentlessly.

"He was told they were going to post it and just the fear of someone posting those pictures was enough to scare him and he was really scared," she said.

That same night, while his parents were home, Ryan wrote a note and took his own life.

"His note apologized for not being smarter," she said. "To him, he wasn't smart because he fell for this scam. He believed in somebody and that devastates me that he felt that he wasn't smart because somebody took advantage of him. My younger son lost his best friend and his brother. It's going to be hard for us to recover from it, but I need to do as much as I can to stop it."

TAKE ACTION: Suicide Prevention: Local resources for those in crisis

To try to help stop it, Stuart is now warning other teens and parents about this online crime.

FBI Supervisory Special Agent Dan Costin says be cautious who you trust online and if you become a victim, here's what you should do.

"Report it immediately," he said. "The recommendation is don't send money. Sometimes these images do get shared if you ignore the call for funds from the extorters, but we find that if you ignore them, they typically go away."

Had they known about this crime and talked about it, Stuart says they'd be celebrating Ryan's 18th birthday in April.

Her advice to other parents is to talk to your kids and let them know they can turn to you or another adult, no matter what.

"Just let them know that even any mistake you'll be there for them," she said. "And just you know just build that conversation now and, hopefully, nothing will ever happen and it won't be a problem, but they need to know they can come to you for anything."

The FBI adds if you become a victim, do not delete the conversation or any pictures associated with the incident before law enforcement can review it.

If you or someone you know is struggling with suicidal thoughts or mental health matters, please call the National Suicide Prevention Lifeline at 800-273-8255.