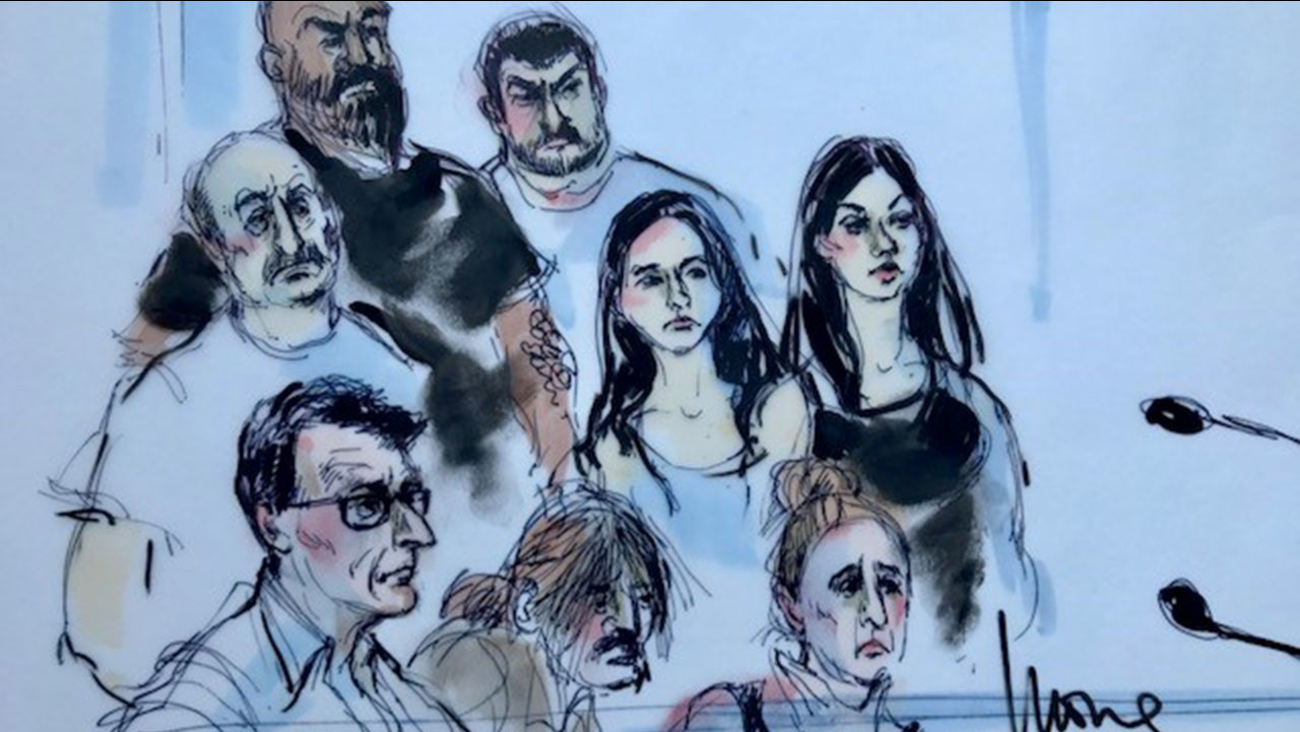 In some cases, when doctors refused to go along with the scheme, the conspirators forged prescriptions in their names without their consent, officials said.

The scheme was carried out through a series of clinics that moved around and opened and closed.

Authorities allege Matosyan would recruit doctors and then rent them out for payments from the sham clinics based on the proceeds of the fake prescriptions.

In one case, court documents say, Matosyan provided a doctor to a clinic in exchange for a promise of $120,000.

The clinic didn't pay and then told him to take back the doctor. He continued to demand the money and authorities say he told the clinic operator: "Doctors are like underwear to me. I don't take back used things."

The 12 defendants who were arrested Thursday were identified as:

-- Matosyan, 36, of Encino, who is accused of leading the scheme by recruiting corrupt doctors, overseeing the theft of other doctors' identities, and negotiating the sale of fraudulent prescriptions and narcotic pills.

-- Armen Simonyan, 52, of Burbank, who allegedly managed the operations at some of the fraudulent clinics;

-- Grisha Sayadyan, 66, of Burbank, who allegedly managed the operations at various clinics and sold oxycodone and Vicodin pills directly to black-market customers;

-- Sabrina Guberman, 45, of Encino, who, while working at the sham clinics, allegedly lied to pharmacies seeking to verify the fraudulent narcotic prescriptions, which included creating and sending fake medical paperwork;

-- Frederick Manning Jr., 47, of Santa Ana, allegedly one of the major drug customers of the clinics, who is charged with agreeing to purchase as many as 1,000 pills per week of narcotics from Matosyan;

-- Minassian, 50, of Glendale, the attorney who allegedly spearheaded the scheme to lie to law enforcement by making it falsely appear that Vicodin seized from Frederick Manning Jr. had been legitimately prescribed by a doctor;

-- Ralph Manning, 49, of North Hills - no relation to Frederick Manning Jr. - who is charged with being one of the principal couriers Matosyan used to deliver fraudulent prescriptions and quantities of narcotic pills;

-- Anait Guyumzhyan, 27, of Hollywood, who allegedly filled prescriptions for oxycodone and returned the drugs to Matosyan-operated clinics in exchange for cash payment; and

-- James Wilson, 54, of Venice, who alone is charged in the second indictment with illegally selling oxycodone prescriptions out of a Long Beach clinic that he controlled.

Authorities are continuing to look for two additional defendants named in the indictment.

One was identified as Gary Henderson, 62, of Lancaster, now a fugitive who is accused of purchasing fraudulent oxycodone prescriptions. The other is an unidentified suspect known only as "Cindy."

Authorities say Matosyan faces a maximum of 165 years in prison if convicted of all charges.