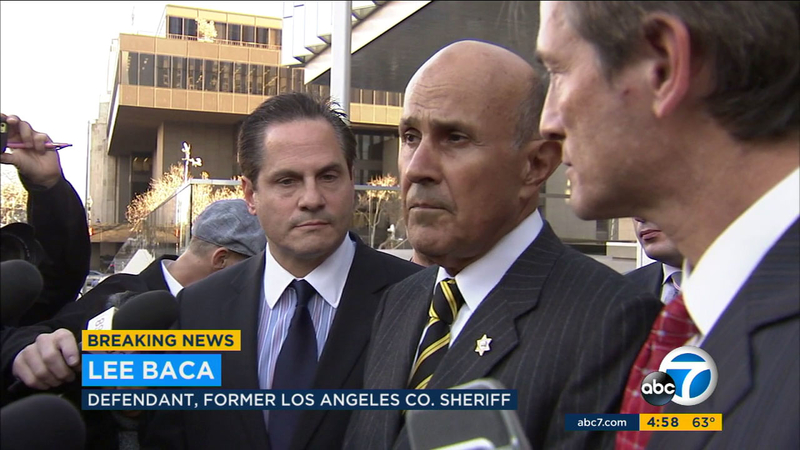 LOS ANGELES (KABC) -- A mistrial was declared in the corruption trial of ex-Sheriff Lee Baca after jurors said they were hopelessly deadlocked.

Baca, 74, was facing trial for conspiracy and obstruction of justice for allegedly interfering with an FBI investigation into civil rights abuses and corruption in the Los Angeles County jails.

Outside the courthouse, Baca praised the jurors for listening carefully to the case.

"This is what America thrives on, is jurors that really care and aren't caught up in negativity that may come to their thoughts and they're going to give people a chance to be heard by them," Baca said.

"This is an extraordinary decision that I don't think too many people thought would happen, but I had faith."

Jurors said they had split 11-1 in favor of acquitting Baca, but one juror remained steadfast over two days of deliberations, but could not explain his position.

"There was definitely no smoking gun there for us," said one juror.

Baca had initially agreed earlier this year to plead guilty to one felony count of lying to the FBI about his knowledge that sheriff's officials approached and threatened to arrest an FBI agent in 2013. He later withdrew the plea when the judge found the maximum six-month sentence to be too lenient.

If convicted on the three counts he was charged with, Baca could have faced up to a maximum of 20 years in federal prison.