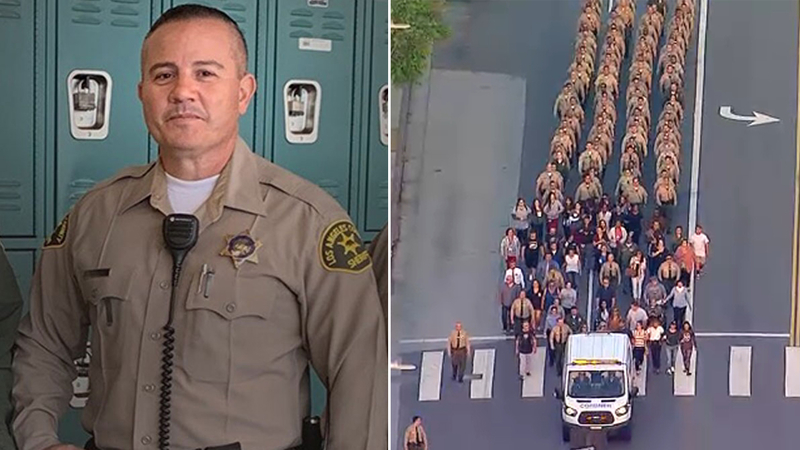 Deputy Joseph Gilbert Solano, 50, was shot in the head as he was waiting for food at a Jack in the Box on Monday.

"It's time to make a somber, sad announcement, that Deputy Joseph Solano passed away this afternoon, in spite of valiant efforts by the medical staff here at (Los Angeles County + Medical Center)," Villanueva said. "They worked diligently around the clock for the last two days trying to do a miracle. But unfortunately it didn't come to pass."

Solano was off-duty and in civilian clothes and officials say the attack appeared to be random, with no apparent connection between him and the suspect.

It appeared someone in the restaurant told Solano he was being followed and when he turned to confront the person, he was shot, Villanueva said.

"Knowing what transpired, knowing that Deputy Solano did what we can expect every deputy to do - he confronted a threat, not knowing what it was," Villanueva said. "In a split second he lost his life."

The deputy's son Matthew choked up as he spoke briefly to the media to thank the law enforcement community and the public for supporting the family.

"Thank you to everyone who has had my dad in their prayers," Matthew Solano said. "Unfortunately we have lost him."

"He was a really good dad. I just want to thank all the law enforcement agencies that have been part of this. Thank you to everyone who had him in his prayers. Continue to pray for him and my family, please."

Deputy Joseph Solano, who was shot in the head at an Alhambra Jack in the Box, has died, sheriff's officials announced Wednesday.

A law enforcement procession was held Wednesday evening to escort the deputy's flag-draped coffin from the medical center to the county coroner's office. The large group of family members and law enforcement made the slow, solemn march into the setting sun.

Rhett McKenzie Nelson, 30, of St. George, Utah, was arrested Tuesday in the shooting. He was initially held on $2 million bail, but that was changed to no bail following the deputy's death.

The shooting of Solano appears to be the culmination of an alleged crime wave by Nelson that included multiple armed robberies and another fatal shooting, authorities say.

Los Angeles Police Department officials say Nelson is also suspected of shooting and killing a man in central Los Angeles about an hour before Solano was shot. So far there is no apparent motive in that shooting either.

Law enforcement officials in San Diego County said Wednesday that Nelson is also suspected in a series of armed robberies of convenience stores in their area.

San Diego police say there were four 7-Eleven stores that were robbed on June 7 and 8 and a Circle K on June 9.

In each case, the suspect produced a gun and demanded cash from the clerk. He got away with cash in all but one of the incidents. The stores were in San Diego, Carlsbad and Lemon Grove.

"It's an astonishing level of violent crime in such a short period of time," Villanueva said.

After the Alhambra shooting, Solano was transported to the medical center in grave condition as friends, family and law enforcement colleagues came to pay their respects.

Solano's last assignment as a deputy was the department's access-to-care unit, meaning he worked at the same medical center and was surrounded by coworkers as he was treated in the ICU, Villanueva said.

Solano was described as a well-liked deputy and a dedicated family man.

The deputy's father had died several months ago and Solano was the sole provider and caregiver for his mother. He was at the Jack in the Box on Monday because he was taking his mother's car for an oil change at the nearby Jiffy Lube.

"He has been in my life for over 11 years," she said. "Not only did I lose a father figure, but a best friend."

"All I ask is just don't forget about him. He was a hard-working man. And was loved by many. He would want us to continue his legacy and never forget him." 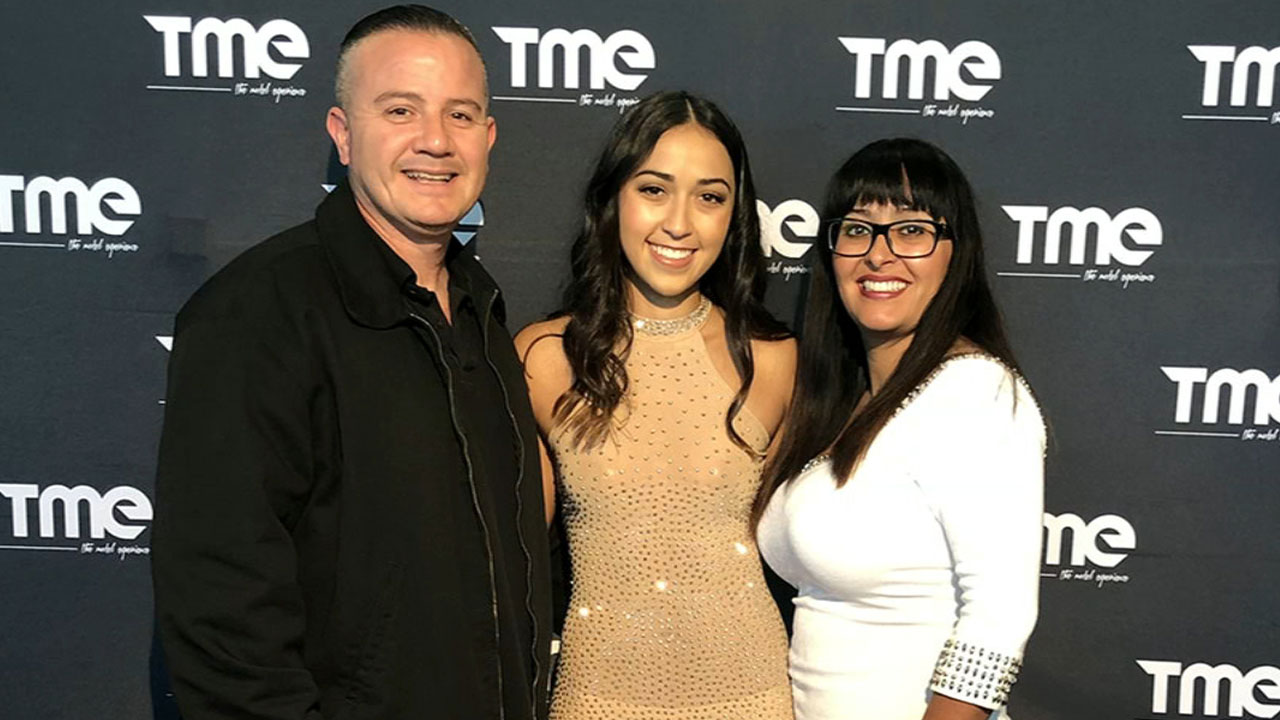 Deputy Joseph Gilbert Solano appears in a family photo with his longtime girlfriend Juliana and his stepdaughter Jessica.

Investigators say Nelson was at a church in Long Beach when he called his father in Utah and told him he had been involved in homicide in Southern California. His father contacted Long Beach police and they were able to track the phone number and find him near the church.
EMBED More News Videos