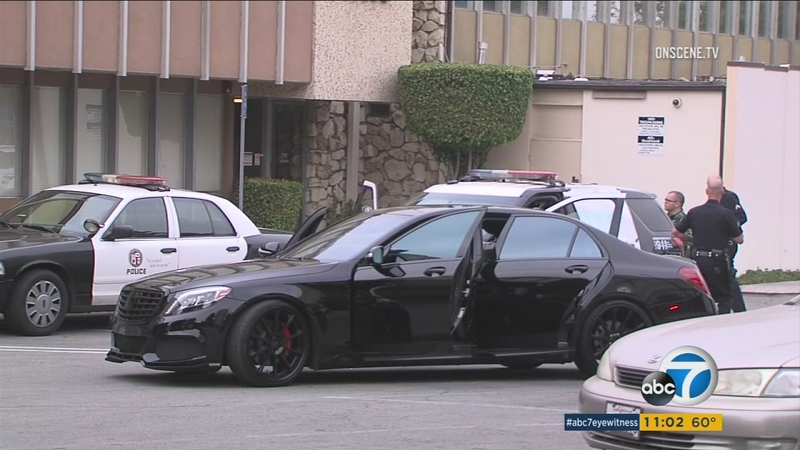 SHERMAN OAKS, LOS ANGELES (KABC) -- A man was carjacked at gunpoint by three suspects and driven to his Sherman Oaks home, where he was robbed, authorities said Saturday.

The incident began about noon at a barber shop near Moorpark Street and Fulton Avenue, where authorities said the suspects pointed a gun at the victim, took his Mercedes-Benz -- said to be worth more than $150,000 -- and drove him to his house in the 15400 block of Vista Haven Place.

When they arrived at the home, two of the suspects went inside and took cash, as well as other items. Meantime, one suspect stayed in the vehicle with the victim, who was bound with zip ties.

The thieves then headed for an unknown destination with the victim when they suddenly pulled into the parking lot of Mel's Diner, near Kester Avenue and Ventura Boulevard. All three suspects tried to flee on foot after spotting police. Two were found by authorities and taken into custody.

Authorities said the victim was left tied up inside his car with the engine still running.

Investigators were searching for the third suspect, who remained outstanding as of Saturday night. A description of that suspect was not released.

It was not yet known if the victim was targeted specifically because of who he may be or because of his high-end vehicle, but officials said it was clear the suspects had the crime planned out.