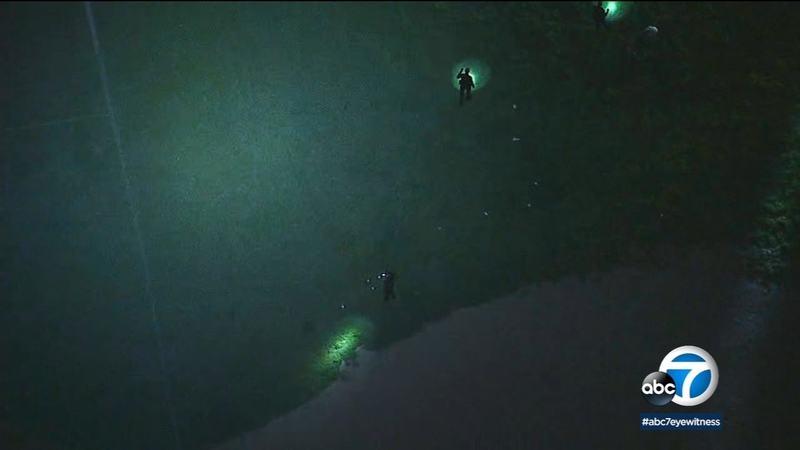 The shooting was reported just after 9 p.m. near Shadow Ranch Park at Vanowen Street and Sale Avenue.

One male victim was dead at the scene. A second victim was reported to be conscious and breathing, but later died at a hospital.

The park is located across the street from de Toledo High School and Congregation Shir Ami synagogue.

Nikki Baghi said she got a frightening call from her 17-year-old son who was playing soccer nearby when the shooting happened. She and other parents had trouble meeting up with their children as police were conducting interviews.

"I don't feel safe anymore in this neighborhood," Baghi said. "I thought this was a safe neighborhood, but now I realize it's not anymore."