A Simi Valley father was killed in a head-on collision with a wrong-way driver on the eastbound 118 Freeway in Porter Ranch early Sunday.

PORTER RANCH, LOS ANGELES (KABC) -- A Simi Valley father was killed in a head-on collision with a wrong-way driver on the eastbound 118 Freeway in Porter Ranch early Sunday.

The suspect was driving a dark-colored Toyota Camry the wrong way in the carpool lane and crashed head-on into a 2003 Lexus sedan east of the De Soto Avenue exit.

The Lexus driver, identified as Justin Nero Christian, 38, was killed in the crash and his girlfriend, 25-year-old Brooklyn Acker, of Simi Valley, was severely injured. According to her family, she suffered a torn aorta, bruised kidney, four broken ribs, a collapsed lung, damaged liver, cut intestine, cracked jaw and she bit her tongue.

Acker was rushed to Providence Holy Cross Medical Center, where she underwent a five-hour surgery and is scheduled for another one Monday. She is in a sedated coma, a family member said.

Acker's family also said Christian has a daughter, who was not in the car at the time, and a GoFundMe account has been set up for her.

A man who was driving home at the time said he saw the smoke and stopped to help the victims.

"I was driving home from my brother's house and I saw a big cloud of smoke. I noticed it was an accident. I pulled over and saw the cars merging," he said. "The first thing I saw was a car seat so I made sure there was no baby in the car. I jumped over the roof and ended up cutting my arm. I ended up opening the passenger door with another person."

The wrong-way driver was also killed in the crash and was said to be a 30-year-old man.

Authorities are looking into whether alcohol or drugs were factors in the crash. The investigation was ongoing.

CORRECTION: The name of the deceased victim, which was originally provided by CHP, has been corrected, per family members. 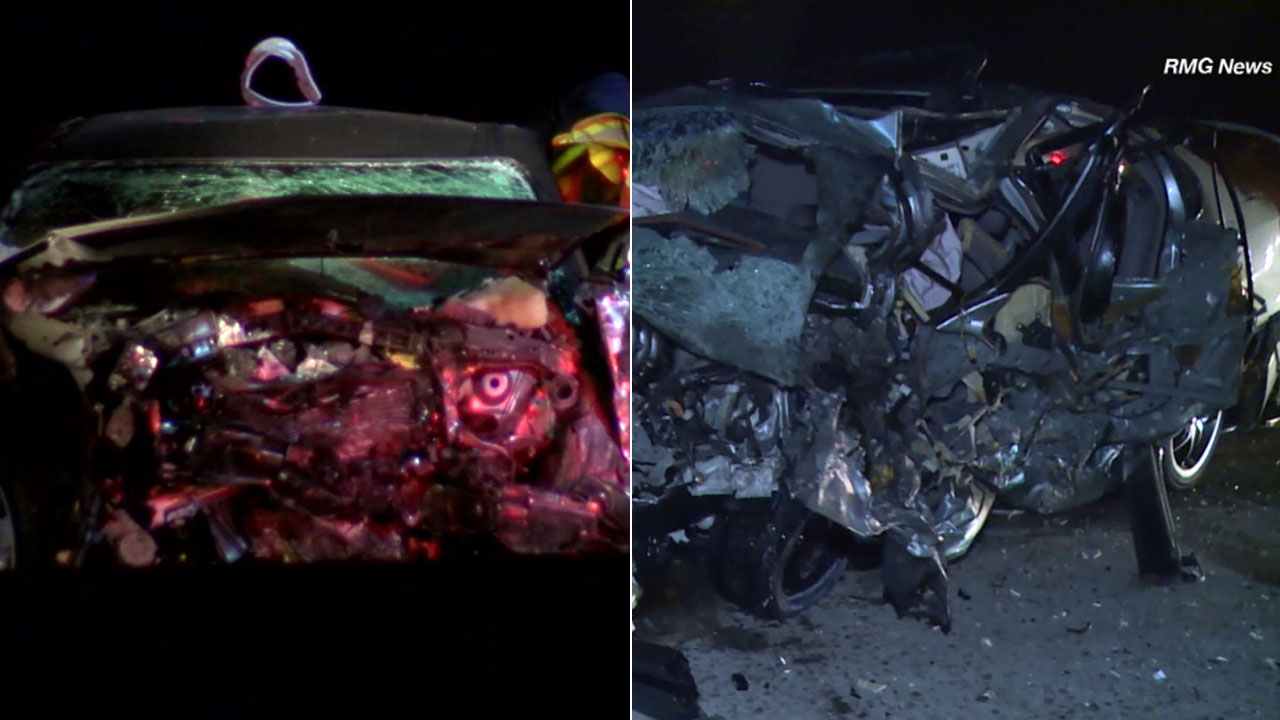