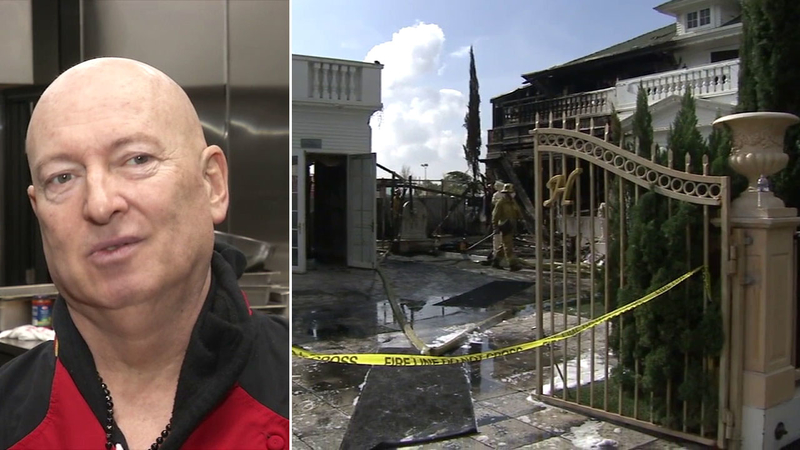 ANAHEIM, Calif. (KABC) -- Just days after a fire tore through the Anaheim White House Restaurant, owner and chef Bruno Serato went back to work and made food for children in need.

"When you are a mentor for people, when you have love for people, you cannot let them down," he said.

Serato's landmark restaurant went up in flames early Saturday morning. Firefighters put it out in 30 minutes, but more than $1 million in damage was already done.

Officials said some of the structure can still be saved.

With his restaurant closed indefinitely, Serato set his priorities in order: feeding hungry kids, getting his employees jobs and then himself.

Dozens of restaurants have opened their kitchens to him. On Monday, he worked at the Highway 39 Event Center.

"You know when he feeds 2,000 kids every single day that it's precious to him. He's got the biggest heart in the world," Michael Keener, with the center, said.

Serato feeds children in need through the charity Caterina's Club, which is named after his late mother. He said serving up his famous pasta brought some joy back.

Serato received an outpouring of support, especially on a GoFundMe page set up to help rebuild the White House. Other people are planning a fundraiser for him on Feb. 20.

He sends his thanks and a message to the community.