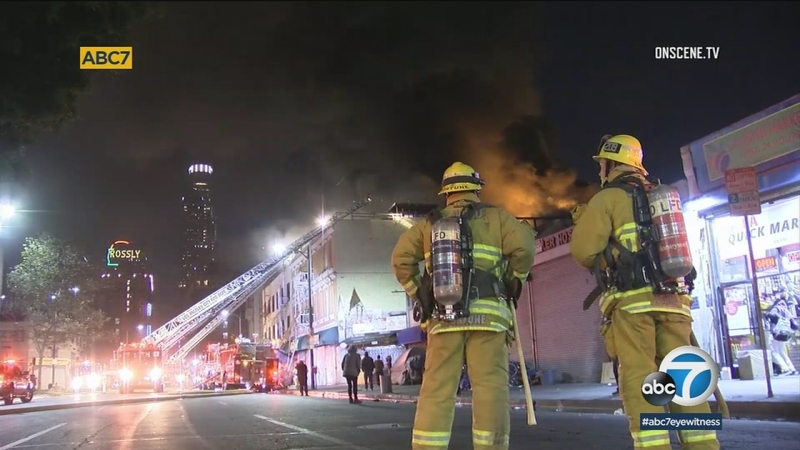 DOWNTOWN LOS ANGELES (KABC) -- An apartment building on downtown LA's Skid Row was damaged by an early-morning fire that sent residents scattering to the street to escape the smoke and flames.

One apartment unit was fully engulfed in flames when firefighters arrived just before 3 a.m. to the 200 block of East 5th Street.

The three-story building has commercial units on the first floor and apartments on the top two floors.

Fire crews tried to evacuate the entire building, but reported that some residents refused to leave their apartments.

No serious injuries were reported, though one man was treated for smoke inhalation at the scene.

Firefighters were able to contain the fire damage to one unit and allowed residents to return to their homes.