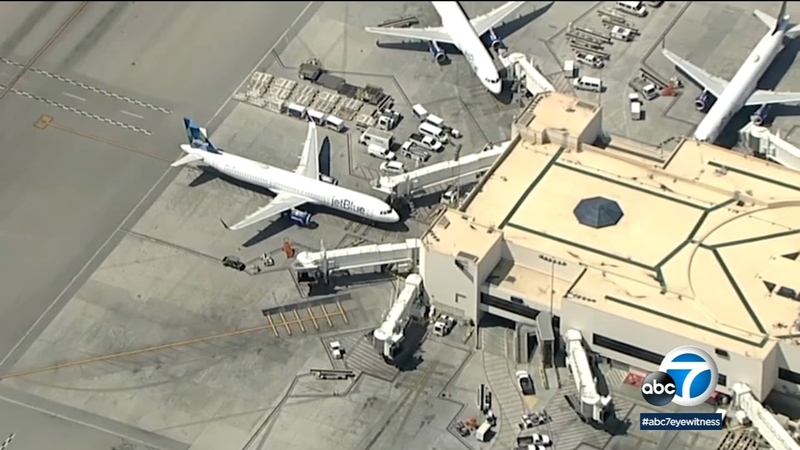 The workforce has been drastically reduced at airports across the country, including here in Southern California.

But there are plenty of people still on the job - and some of them tell us they are not getting the protective gear they need.

"I was one of them that was affected. I was reduced hours and then I was furloughed from the job," said Francisco Gonzalez, a furloughed worker.

"I was a full-time employee. Now, I'm down to 18 hours. So, you know, I'm typing coupons, I'm pitching in and shopping at different stores just to make ends meet," said Jovana Houston, a contracted airport worker.

"They're not providing us the proper PPE equipment to go on a plane to plane, sometimes not even enough time, because we'll input times, we have five minutes," Victoria Martinez from San Francisco said.

Jovana Houston says she's had to purchase her own masks, worried about endangering her son with asthma.

"I cannot bring this virus home to my son. I'm scared every day. When I come home from work. I'll literally strip out the door, and go straight to the shower," Houston said.

The contractor Houston works for did not respond to our request for comment.

With more than $1 billion in federal funding going toward California airports, the workers' union is pushing for them to ensure proper safety standards among contractors and calling on airlines and contractors to use available funding to keep workers employed.

"None of the major airlines have taken the necessary steps to ensure that their contractors maintain the highest standard for health and safety," said Sanjay Garla with SEUI USWW.

They stress most of these workers are people of color, considered among the most vulnerable.

"While many service workers from these communities have been laid off, those who remain behind are struggling with a combination of exposure at work, lack of access to health care, higher rates of asthma, diabetes and other health conditions," Garla said.