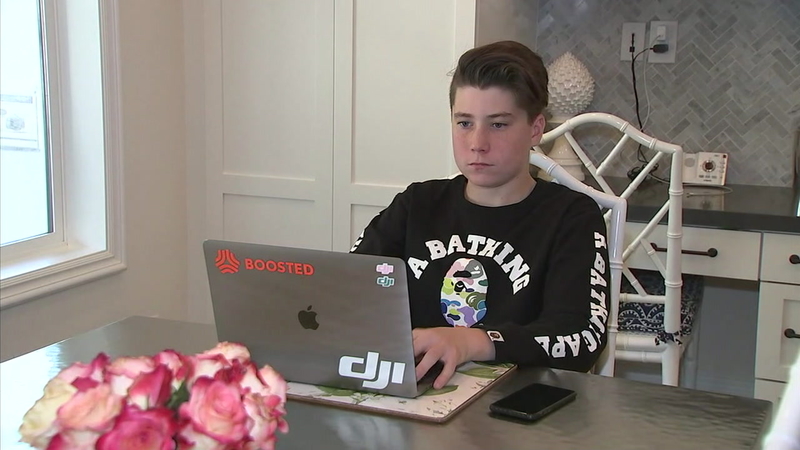 CALABASAS, Calif. (KABC) -- Jake Dyne is only 15-years-old but is already quite the entrepreneur. The teenager from Calabasas started a business club at his school to help other students become successful, and he also has a business selling sneakers.

The young entrepreneur's sneaker shelves are empty right now because he just sold out of product at "Sneaker Con," where shoe fans buy and sell sneakers, some in high demand and that sell for a high price.

Before he's old enough to drive, the sophomore from Viewpoint School is running a business. He studies fashion trends, markets, social media trends, and then purchases clothing and shoes he believes will be in high demand.

"It's whatever's hyped at the moment. What influencer's wearing it? What designer collaborated on it? If I make a profit, I'll reinvest it into new inventory," Dyne said. "And it will just keep growing and growing."

His parents say their son has been a salesman since he was eight-years-old and funded his business on his own.

"He was always on the corner trying to sell something," mother Shellee Dyne said.

He also co-created a business club at Viewpoint School helping fellow students start their own projects. The club even entered a business competition at USC last spring.

"We're so proud of him because he has so much on his plate with school, and everything else," Shellee Dyne said. "The fact that he can still find time to do this and be successful, it's beyond impressive."