KABC
By Leanne Suter
MALIBU, Calif. (KABC) -- A couple who survived historic events such as Normandy and fleeing Hitler are now picking up the pieces after they lost everything in the Woolsey Fire.

But despite the devastating loss, James and Marcella Shirks are still joking and laughing. The couple's bond is what keeps them positive.

"It's not the house, because you can rebuild, but it's what is inside the house. It's all gone, and that's what hurts. Those kind of things hurt because you can't replace that. I don't even want to think about it," Marcella said. 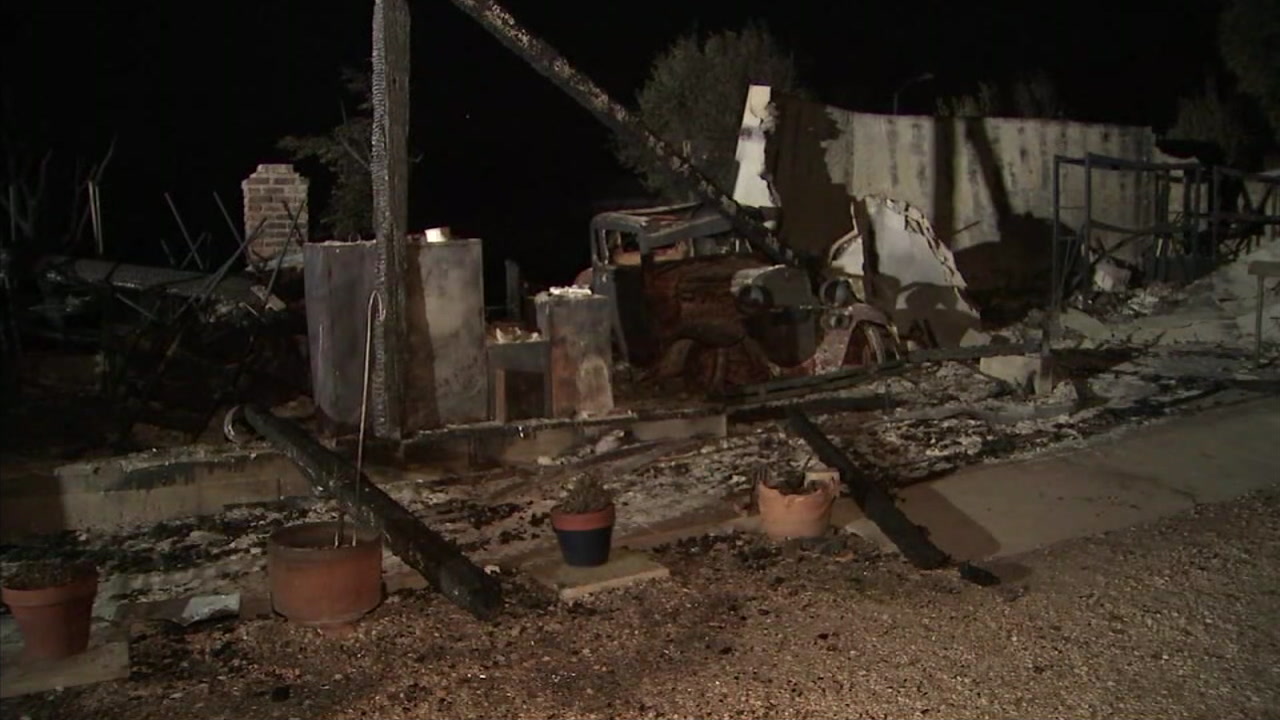 The rubble and what's left of the Shirks' home is shown in a photo.

The couple, who've been married for 62 years, lost their Malibu home of 41 years and all their prized possessions. They and six other family members escaped the family compound on Kanan Dume Road Friday as the winds fueled the flames. The fire devoured everything in sight.

"It was halfway down that ridge already because of very heavy brush and I knew we were in trouble," James said.

Marcella said she and James had never seen anything like it.

In 1979, they lost several outbuildings to a brush fire, but this time they weren't so lucky and it was even worse that it all happened on James' 92nd birthday.

"It was a big birthday candle," James said jokingly.

But this resilient pair said they have to laugh or they won't survive, and they should know because James was shot while escaping Normandy. As for Marcella, the 82-year-old and her family fled Czechoslovakia as Hitler and his forces moved in on the country.

They said they look forward to rebuilding.

"We had no control over it so there's nothing we can do other than try to adjust to it," James said.

They said it's their faith and their family of daughters and five grandchildren that truly matter in this world.

"When you have your life and your kids - and they've been such a support, all of them - this is where you find out where family is," Marcella said.

One of their grandchildren set up a GoFundMe account to help them rebuild their home. If you want to donate, you may do so by clicking here.
Report a correction or typo
Related topics:
societymalibulos angeles countyevacuationbrush firemarriagehistoryhouse firewildfirewoolsey fire
Copyright © 2020 KABC-TV. All Rights Reserved.
WOOLSEY FIRE