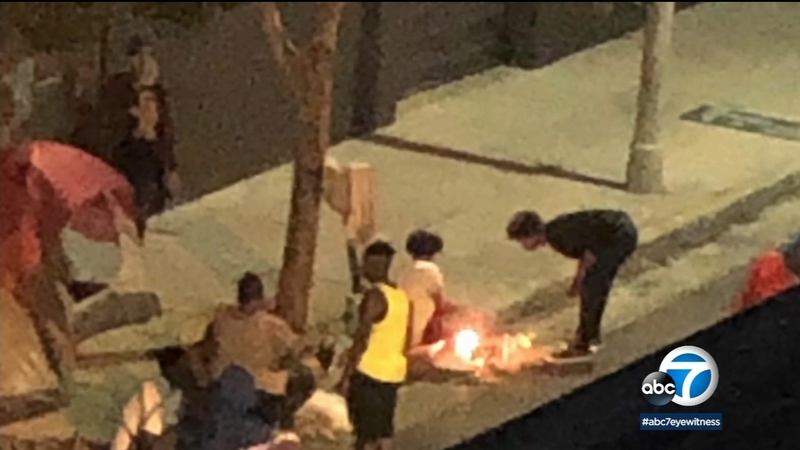 HOLLYWOOD, LOS ANGELES (KABC) -- A homeless encampment in Hollywood is drawing ire from nearby businesses and residents after illegal drug use and purposely set fires have been documented.