KABC
WEST LOS ANGELES, LOS ANGELES (KABC) -- For more than three years, a million-dollar donation to help local veterans has been tied up in red tape, and the non-profit foundation that runs a golf course for them could lose those millions if someone doesn't cut through it.

Some see golf as an escape from life, but these Vietnam vets say golf is bringing them back to life.

"It's more therapy than it is escape. I'm not trying to escape, I'm trying to get into things again," said Will Tynan of the U.S. Marine Corps.

Tynan and Crown Rice are part of a University of Southern California study looking at how golf helps vets deal with post-traumatic stress disorder.

The vets play for free at the Heroes Golf Course, which is located on the sprawling VA campus on the west side of Los Angeles.

The course had employed 44 vets, but there's only one vet remaining who's a paid employee.

Part of the problem? The clubhouse is a small hut from the 1940's that's badly in disrepair.

Now, anyone with a wheelchair can't use the bathroom. There have been rat problems. You can see the door is broken and barely closes. The problem is the Annenberg Foundation actually gave a million dollars to build a brand new facility, but that was over three years ago.

An architect has revealed a rendering of the potential new clubhouse, but the VA hasn't given the OK.

"We have the money, and it doesn't cost anything for the government," said Ricardo Bandini Johnson of the Bandini Foundation

Johnson is president of the non-profit Bandini Foundation, which runs the golf course.

His family donated all of this land in the 1800s. He said a private individual now wants to donate a driving range for the course that could help them employ 40-50 vets a year, but the VA won't approve that either.

Andy Friendly is a Hollywood producer who's donated and volunteered at the course.

"The fact that it's tied up in this ridiculous red tape, this bureaucracy for three and a half years, is shameful," he said.

ABC7 asked Vince Kane from the VA what the holdup was.

"Everyone wants to do it, we're just no longer doing things piecemeal," Kane said.

After a lawsuit, the VA devised a master plan to eliminate improper land use. Under that plan, improving the golf course was not the top priority.

"They're in the queue to be attended to and be focused on, but the higher priority is healthcare and housing," Kane added.

The house recently passed it unanimously this week, but the senate hasn't voted yet.

Dayna Bochco is a donor to the course. She hopes viewers watching this story will prompt the senate to vote.

"There's a lot of private citizens who want to pay for this. All they have to do is allow us to build on their land," she said.

Back on the course, the vets are angry about the lack of action so far.
Related topics:
societywest los angeleslos angeleslegislationabc7 investigationsveteransgolfdonationsveteran
Copyright © 2020 KABC-TV. All Rights Reserved.
ABC7 INVESTIGATIONS 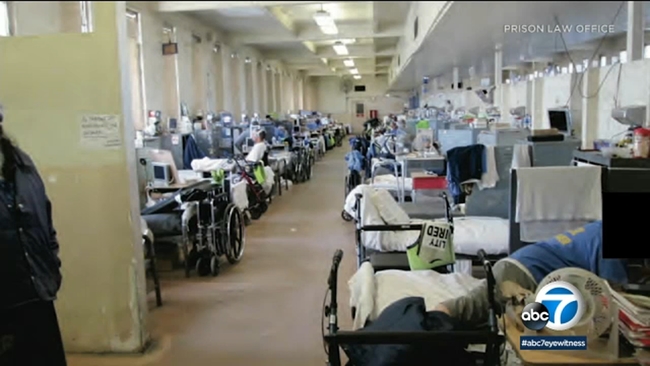 Few of 3,500 CA prisoners released early were tested for COVID-19