Long Beach centenarian shares the secret to a long life

The secret to a long life? There is no secret, according to 101-year-old Long Beach resident Wini Carter.
KABC
By Rachel Jordan
LONG BEACH, Calif. (KABC) -- Sept. 22 is National Centenarian's Day, honoring those who have celebrated 100 or more birthdays.

Long Beach's Winfred "Wini" Carter, 101, is sharing her century worth of wisdom with ABC7.

"I stay involved, I stay active, I stay busy," Carter said from her Bixby Knolls home.

Carter was born in April, 1919 in Massachusetts, but grew up in New York. She said that after her parents died when she was 5 years old, she and her seven siblings were in and out of the foster care system.

Carter said she started working for the Pentagon during World War II as a civilian secretary. She moved to Hawaii with her husband in 1959 when the island became a state.

"We adopted a little girl in 1970, and my husband died four months after we adopted her," Carter said.

In 1971, Carter retired and moved to Long Beach with her daughter to be closer to family.

Carter remarried and, at the age of 67, she joined the Long Beach Police Department.

Carter said she worked with LBPD until 2005. She graduated from Cal State Dominguez Hills in 1997 with a Bachelors Degree in Communication and English.

The grandmother said she was the oldest graduate that year.

"Most of the youngsters in my classes were all younger than me, of course," she said. "I could give them some advice, or they could give me some advice."

Before the COVID-19 pandemic, Carter volunteered every day at her local senior center, according to SCAN, a not-for-profit organization that works to improve the lives of seniors.

When asked what the secret to a long life is, Carter said it's simpler than you might think.

"There is no secret," she said. "Obey the doctor's orders. Stay positive and think positive and never think that you're not good enough or smart enough." 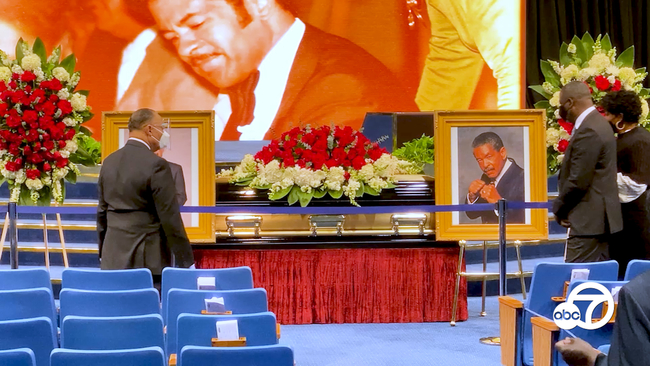