Veteran reunites with family in Azusa after being deported to Mexico 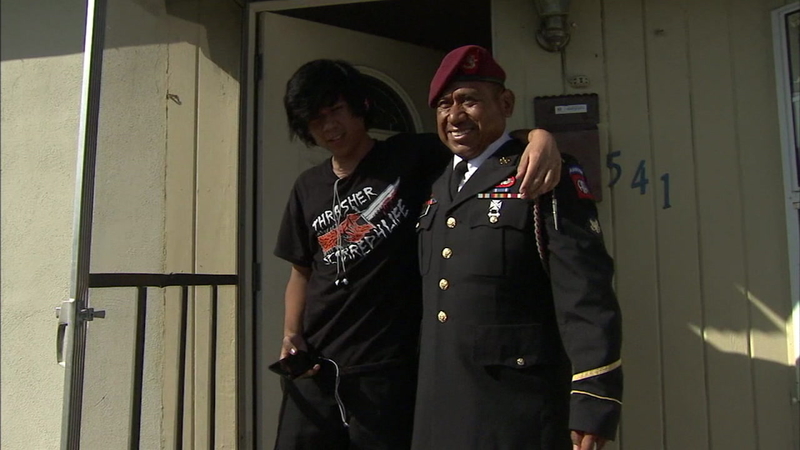 Veteran reunites with family in Azusa after being deported

AZUSA, Calif. (KABC) -- An Army veteran who was deported to Mexico nearly a decade ago is once again in Southern California, a return that ends a long legal battle.

After a three-year legal case, Fabian Rebolledo returned home to Azusa Wednesday after he was deported to Mexico in 2010.

While in the Army, Rebolledo served at Fort Bragg and was deployed to Kosovo in 1999, where he worked as a peacekeeper, retrieving bodies of Kosovan villagers who had been killed by Serbian forces.

He was shot in the leg while serving there.

Rebolledo had a son when he returned to California; the son was 10 years old when his father was deported.

"Six years not being with (family) means a lot of cookouts with them, family reunions, birthdays, holidays," Rebolledo said.

After his deportation, Rebolledo slept on streets and in shelters until finding housing with another deported veteran.

With the help of UC Irvine Law's Immigrant Rights Clinic, Rebolledo re-opened his immigration case after he received relief under California's Proposition 47 for a 2007 check fraud conviction.

It was in August that an immigration court decided to restore Rebolledo's permanent residency status.