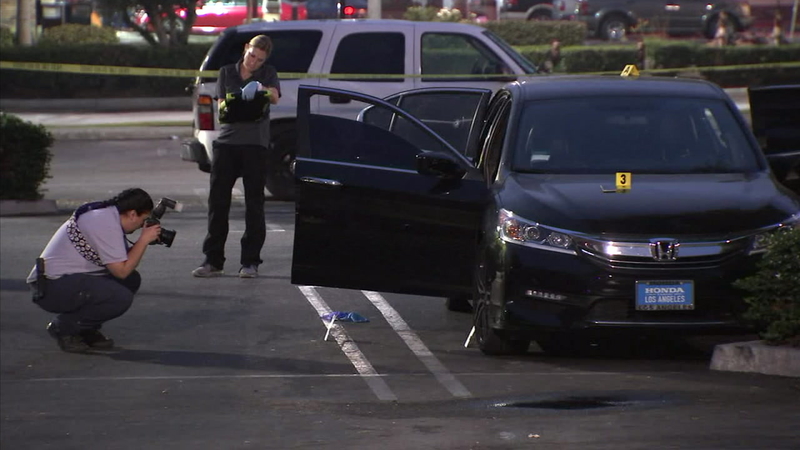 SOUTH GATE, Calif. (KABC) -- A passenger died after being shot in a road rage incident on the 710 Freeway in South Gate Thursday night.

Los Angeles County sheriff's homicide detectives and California Highway Patrol officers responded to the shooting about 9:30 p.m. on the northbound 710 Freeway, just north of the 91 Freeway.

"The driver believes that he cut off another vehicle. Somewhere further down the road, shots are fired and he realizes that his friend is hit," Sgt. Marcelo Quintero said.

Detectives said the victim, a passenger in a vehicle, was involved in a road rage incident when a suspect fired multiple shots and struck the victim at least once in the upper torso.

The victim, described as a man in his 20s, was transported to a nearby hospital and pronounced dead.

The person driving the victim vehicle managed to exit the freeway after the shooting and arrived at a parking lot in the 5800 block of Florence Avenue to call for help. He was not injured in the shooting, sheriff's officials said.

"Very limited information other than a small, black SUV. We have no specific information with regards to a suspect other than they were driving along the freeway," Quintero said.