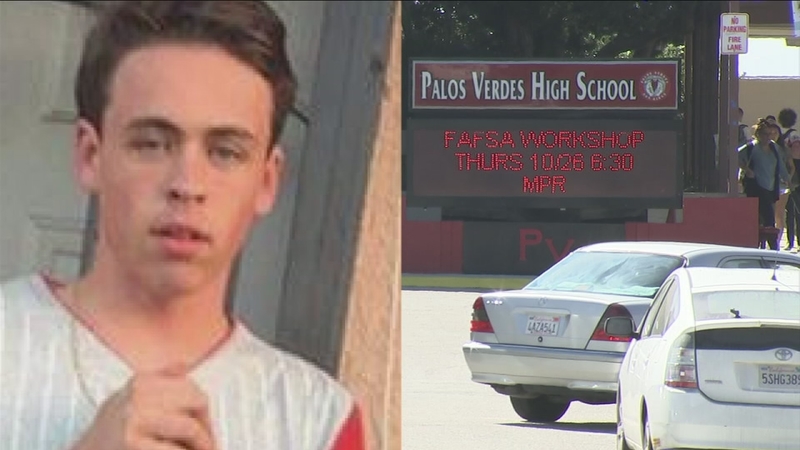 LOS ANGELES (KABC) -- Eyewitness News has learned exclusive new details about an alleged South Los Angeles gang murder of a local man who was shot dead as he walked along a neighborhood street with friends.

There is a bit of a mystery about the Oct. 1 case because two of the suspects are juveniles, but the third suspect is a seemingly well-to-do young man from Palos Verdes.

Cameron Terrell, 18, is facing one count of murder and two counts of attempted murder, but he is now free on $5 million bail.

The victim, Justin Holmes, had just rounded the corner of 78th Place and Western Avenue with two of his friends. According to detectives, they were confronted by two suspects, both of them juveniles, who asked the men where they were from and then opened fire.

Holmes was shot and killed. His friends got away - and so did the two shooters, who detectives said took off in a car driven by Terrell.

Terrell isn't from South L.A. He's from an affluent section of Palos Verdes, where Eyewitness News recently visited the family's home for a comment but received no response.

"Cameron was a really sweet kid...I only knew him in middle school and elementary school. I didn't really get a chance to connect with him in high school, so hearing about this was just very, very, interesting and unexpected," one student said.

Photos on Terrell's Facebook page don't appear to show a young man in trouble, but according to the criminal complaint, there are allegations this murder is connected with gang activity.

Eyewitness News reached out to Terrell's attorney Wednesday night, but the attorney offered no comment.