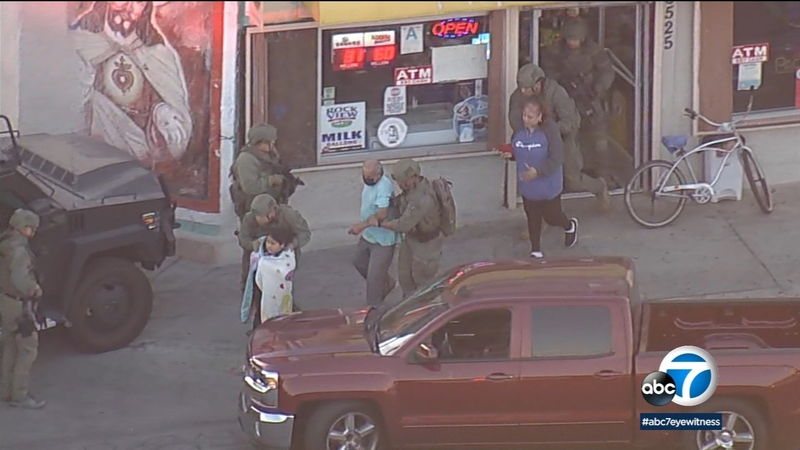 SOUTH LOS ANGELES (KABC) -- Three hostages, including a young girl, were rescued and an armed suspect was in custody after an hours-long standoff inside a South Los Angeles liquor store Friday afternoon.

Los Angeles County Sheriff's Department deputies responded at about 4:05 p.m. to the area of East 66th Street and Holmes Street on three reports of an assault with a deadly weapon and found the suspect sitting in his vehicle near the liquor store, according to a news release.

The man got out of his vehicle, ran into the liquor store after deputies attempted to contact him and barricaded himself inside. Three people were inside the store at the time.

Several patrol cars were seen blocking off traffic around 5 p.m. in front of the store at 67th Street and Holmes Avenue.

Authorities were engaged in a standoff Friday afternoon with an armed suspect inside a South Los Angeles liquor store, where several people were possibly being held hostage.

A few minutes later, the suspect was taken into custody and no injuries were reported.

According to the L.A. County Sheriff's Department, the suspect was armed with a handgun. A BB gun was also recovered at the scene.