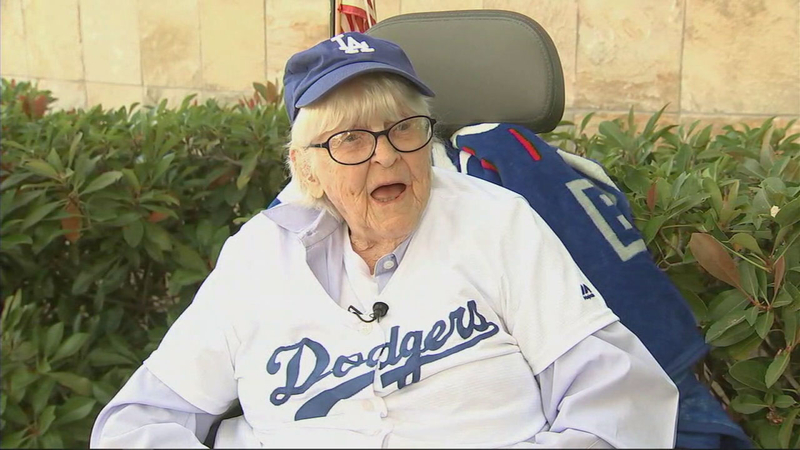 It will be packed with shades of Dodger Blue. But there is one fan who was trying to get her hands on a ticket, and the 108-year-old wants to see her Boys in Blue play a World Series game.

Ruthie Tompson has been a die-hard Dodger fan since they moved to Los Angeles in 1957. She was in her 40s at the time.

And despite the Dodgers fighting an uphill battle as they've lost both games in the series so far, that hasn't deterred Ruthie. She's still hoping to see her boys play in one of those World Series Games.

Folks at the Motion Picture and Television Fund retirement complex where she lives posted requests on Instagram, Twitter and created a GoFundMe to get her tickets.

Three years ago, she was invited to a game and given the stadium microphone so she could say her favorite phrase - "Time to play Dodger baseball!"

"I started the hashtag #RuthiesWorldSeries, #RuthieTickets and we're trying desperately to get her there because she's a die-hard Dodger fan. She hasn't missed a game. She watches it from her television, and I think it's appropriate that she's on the field when they take back the series," said Jennifer Clymer, with the fund.

Ruthie said she always used to attend the games when she was younger.

"We used to go to all the games. There were three or four of us, my sister and a couple of other people," she said.