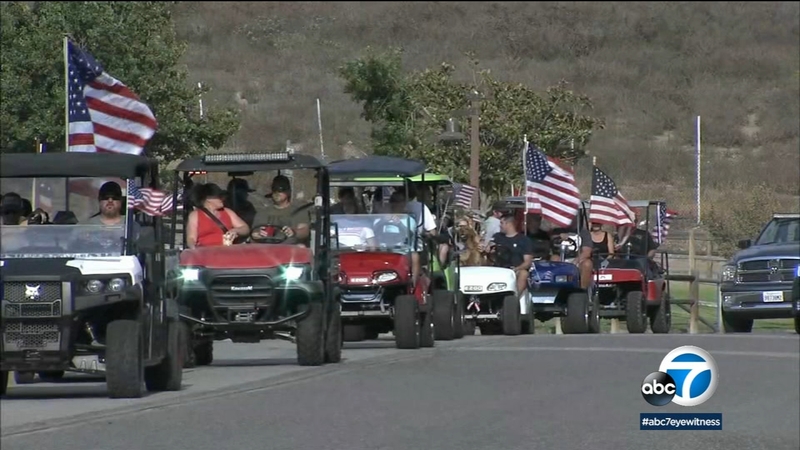 More local memorial events are being planned this week to honor the U.S. Marines from Southern California who were among the 13 service members killed in Afghanistan.

Three of the Marines were from the Inland Empire and one was living in Orange County.

On Tuesday, the city of Murrieta plans to honor all 13 lives lost in last week's bombing at the Kabul airport, including Cpl. Hunter Lopez, 22, of Indio, Lance Cpl. Kareen Mae'Lee Grant Nikiui, 20, of Norco, and Lance Cpl. Dylan Merola, 20, of Rancho Cucamonga.

Other tributes to the soldiers and online fundraisers for the families are being planned.

City officials in Indio are hoping to honor Lopez -- the son of Riverside County sheriff's Deputy Alicia Lopez and sheriff's Capt. Herman Lopez -- with a plaque on the Wall of Heroes and a soldier banner at Veterans Park, with the consent of his parents.

On Sunday morning, Nikoui was remembered during a "Memorial Hike to Pumpkin Rock" planned by the Norco High School Junior ROTC, the Corona-Norco Unified School District and the city of Norco. Nikoui graduated from Norco High School in 2019 and served in JROTC.

A memorial hike and procession was held Sunday in honor of U.S. Marine Lance Cpl. Kareem Nikoui, a Norco native who was one of 13 American service members killed in the bombing attack on Kabul.

"Everybody wants to do everything and anything they can do to help. We're a small community and everybody knows everybody," said Natalie George with the Norco American Legion.

Merola, who was a graduate of Los Osos High School, was honored Friday during the school's first football game of the season by students wearing red, white and blue.

Gov. Gavin Newsom has ordered flags at all state buildings to be flown at half-staff in honor of all the fallen soldiers.

GoFundMe pages have been created in honor of Hoover, Merola, and Nikoui.