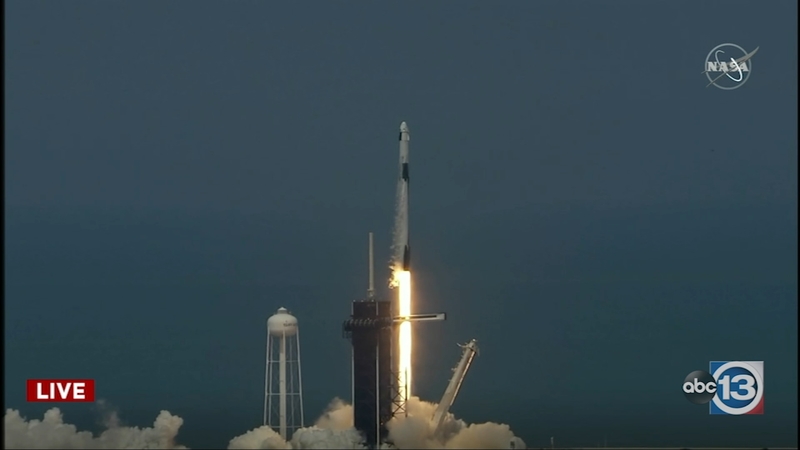 A SpaceX rocket blasted off this afternoon from Kennedy Space Center, carrying a Dragon capsule with NASA astronauts Doug Hurley and Bob Behnken to the International Space Station. It's the first time astronauts have launched from the United States in nine years and a first for a private company.

NASA astronauts Robert Behnken and Douglas Hurley are in SpaceX's Crew Dragon spacecraft. It lifted off on a Falcon 9 rocket at 3:22 p.m. ET on Saturday, May 30, from Launch Complex 39A in Florida.

NASA's live coverage of the launch is on NASA TV.
Other things to know about Saturday's launch