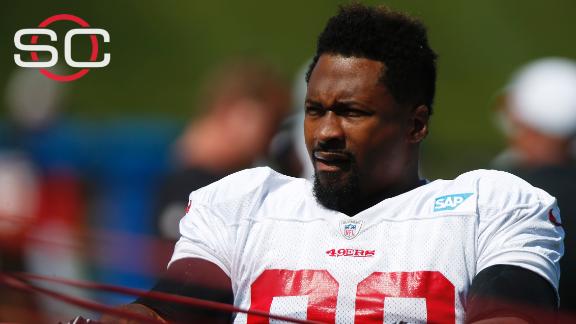 Dockett, who signed with the 49ers as a free agent after missing all of last season with a torn ACL in his right knee, did not play in the 49ers' final preseason game against the San Diego Chargers on Thursday because of a rib contusion.

The 34-year-old Dockett, who played 10 seasons with the Arizona Cardinals before his ACL injury, had been working as a pass-rusher on the left side in the 49ers' nickel defense package. He has 40.5 sacks in 10 seasons.