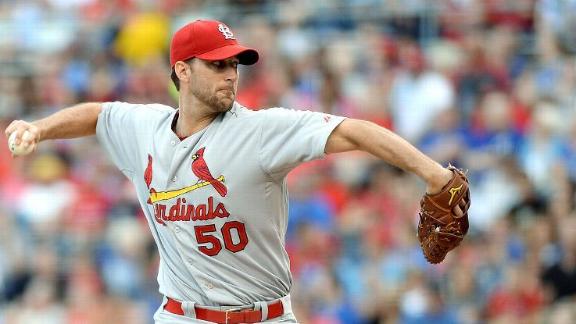 The St. Louis Cardinals evidently survived a scare Wednesday, when an MRI on Adam Wainwright's pitching elbow revealed that the ace right-hander has no structural damage in his surgically repaired ligament.

Wainwright, who acknowledged after the 1-0 win that he was pitching with "average stuff," returned Wednesday to St. Louis, where he underwent the MRI.

Mozeliak did not disclose whether Wainwright would miss his next scheduled start.

Wainwright, 32, is 9-3 with a 2.15 ERA in 14 starts this season for the defending National League champion Cardinals. He missed the entire 2011 season after needing Tommy John surgery to repair a torn ligament in his elbow.