Brock Lesnar to return at UFC 200; opponent to be announced 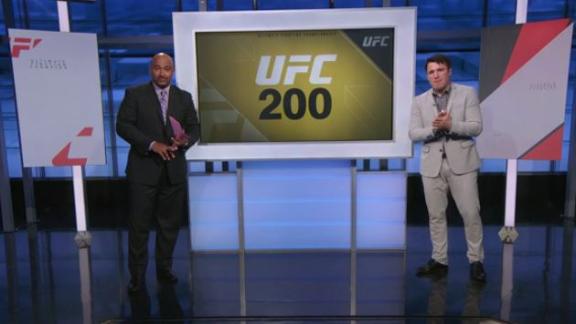 Brock Lesnar is returning to the UFC Octagon.

UFC officials announced that the professional wrestling superstar and former UFC heavyweight champion will face an undisclosed opponent at UFC 200 on July 9. The news comes despite an announcement by Lesnar in March 2015 that he was "closing the door on MMA."

The WWE said Saturday night that Lesnar was "granted a one-off opportunity" to return to the UFC for the July fight and that he'd return for WWE's SummerSlam on Aug. 21.

Lesnar, who turns 39 next month, is a former NCAA Division I wrestling champion. He made a successful transition from professional wrestling to mixed martial arts in 2007. The UFC signed Lesnar despite a 1-0 professional record. He debuted against former champion Frank Mir and lost via submission.

Lesnar went on to win his next four bouts, including a November 2008 UFC title fight against Randy Couture. Lesnar avenged the Mir loss at a landmark UFC 100 event on July 11, 2009, in Las Vegas. After that bout, Lesnar was sidelined for a year due to an intestinal disorder, diverticulitis.

He went on to compete two more times, suffering knockout losses to Cain Velasquez and Alistair Overeem, the latter in December 2011. Lesnar trained for a comeback last year and was in negotiations with the UFCon a new deal , but ultimately decided to re-sign with the WWE.