Can LeBron attract a superstar free agent to the Lakers? 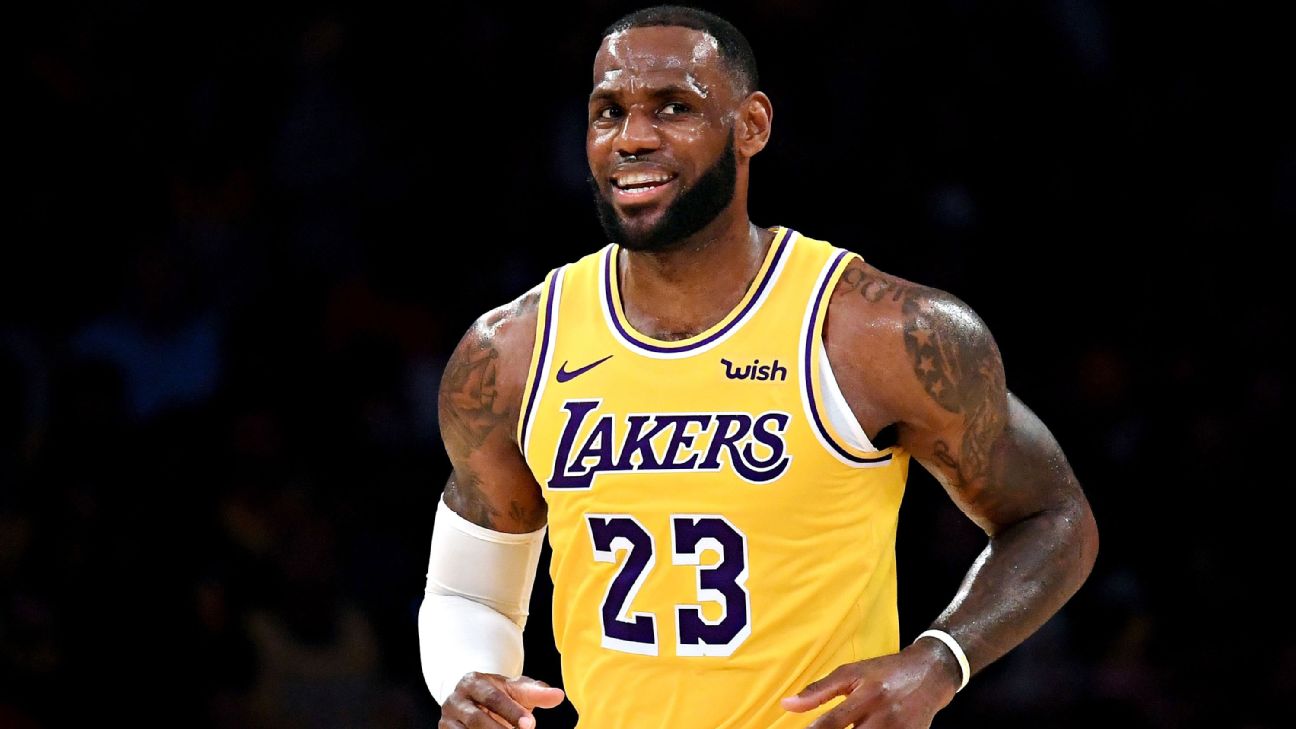 When Kevin Love picked up his phone on July 1 after the announcement, he ended his message to LeBron James with: "I love you."

He said it again last month when the two former teammates got together in New York and Love got the chance to say it to James' family as well. Love and James are in a good place, which hasn't always been the case with teammates when James has left teams in the past. It absolutely wasn't the case when he left Cleveland the first time around, when several friendships eroded quickly and publicly.

So last week I wasn't sure what Love was going to say when I asked him this: "Let's say next summer a star free agent calls you and asks what it's like to play with LeBron James. What would you say?"

This is relevant for several reasons. One, the Los Angeles Lakers have constructed their game plan around landing another star in free agency next summer. Two, between Kyrie Irving asking out of Cleveland, Paul George not even taking a meeting with the Lakers and Jimmy Butler reportedly not having L.A. on his preferred trade list, there is some question as to the drawing power James has among stars at the moment. Three, perhaps no teammate ran the gauntlet of positive and negative consequences of being with James more than Love did over the last four years.

"Well, it depends on whether we're talking about a perimeter player or a post player," Love said, trying to demur and perhaps trying to inject a plug for Shock Doctor, a mouthpiece he believes saved his teeth last season when he got run over in a game in Miami and the supposed reason for this interview.

Finally, though, Love made the point.

Love said that when he was in Minnesota he felt like he should have been more of a leader, that it was something expected of him. He worked on it, tried to study it, as the franchise player he thought it was his role. It didn't exactly work out, as anyone will tell you. But he never really had someone to follow, either.

"It was hard to, that place was a revolving door. We didn't have veterans, and there was no continuity," Love said, perhaps with some irony, as that apparently continues to be an issue for the Timberwolves today. "I had some bad habits."

Bottom line, Love wasn't quite ready when he got to Cleveland and encountered the force that was James, who made sure everyone knew where he stood. On the first day of practice in Cleveland in 2014, James halted the proceedings and took everyone into the locker room to run a players-only meeting where he described the role each player on the team would be expected to play. Coach David Blatt waited on the practice court for James to dismiss the team.

James has mellowed somewhat and perhaps learned to use a softer hand. At his first practice with the Lakers he didn't even address the team and afterward said that was coach Luke Walton's job.

Nonetheless, Love's point is well taken. Most of the time a star player is going to be the de facto voice of his team. But when joining James, most voices and influence have generally been compromised to a degree. Maybe it won't be the case forever; James has talked about wanting to loosen the reins. There was a time when James envisioned a transition process in which he would hand off the Cavs to Irving and take a lesser role for himself. That obviously didn't happen.

There was a reason James longed to play with Rajon Rondo, and part of it is how Rondo takes charge and holds others -- including the coaching staff -- accountable. When James and the Lakers take their max space on the road next July, James is going to need to have a pitch on how roles are going work. It could end up being a huge factor in whether the Lakers can get that second star.

"[Playing with LeBron] you're not the top guy. I just tried to continue to be myself and not fake it. I said how I felt," Love said. "Whether we disagreed or agreed, my voice was heard."

Love came out of his four years with James with a championship ring, years of fulfilling deep playoff runs and two $100 million contracts. He also was berated on the floor, mocked on social media and had his manhood challenged in practice. He had to make massive and sometimes uncomfortable changes to his game. But the intense focus on his team afforded a huge platform, so when he became vocal about mental illness, his voice became a beacon that changed the way he looked at his life.

Ultimately, that's why Love thinks he'd recommend stars to seek out a chance to play with James.

"You have to be resilient. I had a lot of hard nights. There were dark times," Love said. "But I always believed keep fighting, I was stubborn about it. And LeBron makes sure you have a chance to win every year. He's gotten a lot of guys rings. You're going to win at the highest level. We won and we bonded and we're going to continue this brotherhood."

That may not be a ringing endorsement, but it's an honest one.

Speaking of the Wolves ...

Like a lot of my reporter brethren, I've heard executives complain over the past couple of weeks about how Minnesota is doing business with the Butler saga. But let's make one thing clear: The Wolves have the asset. They have the player that everyone who calls wants. That means they have leverage, and it also means they have every right to take their time.

It's the same reason Butler can get away with going in and demanding a trade on the eve of training camp. Yeah, it's a bad look. Yeah, it backs up some of the stuff the Chicago Bulls hinted when they traded him. But guess what, there will be teams falling all over themselves to offer him $160 million next July anyway. Because he's really good and he plays both ends of the floor and he's a fierce competitor. He can do what he wants.

And as long as we're being real, let's not act like an owner and a GM/coach being on different pages is a new thing. No, Glen Taylor didn't put his front office in a good spot when he contradicted them when it came to Butler's availability. It's not the sign of a healthy organization. But this stuff happens to varying degrees all the time.

Tom Thibodeau knows if he doesn't have a good year he's going to get fired. And he knows if he makes a bad trade for Butler or a trade that just stocks the shelves for the next GM that it doesn't help his cause. He's not going to take the pu pu platter. Yes, Butler can walk at the end of the year. But you think that's at the front of Thibodeau's mind right now? No way, he's trying not to get walked himself.

It's Miami and Houston, two teams who've been hard after Butler, who have minimal leverage. With all due respect to the Heat, if they don't want to make Josh Richardson or Bam Adebayo available for Butler, that's fine. But what other star are they going to trade for then? It's not like there's an option B or C out there. And they're paying $47 million to Tyler Johnson, James Johnson and Dion Waiters next season instead of being players in the free-agent market.

Houston has a great team, but its only chance of getting a player like Butler for the next few years is by trade. The Rockets can probably be a little more patient, and they have fewer assets to offer than the Heat. But there's no reason Minnesota shouldn't play hardball with them.

This seems to be where the Wolves are operating. It's a bad hand they have, but regardless of what their competitors want them to do, they're not folding yet. Good for them.

Over the past few years ...

NBA teams have cut down on preseason games dramatically. Most teams used to have seven or eight preseason games. Now, with the season starting earlier, some teams have as few as four. It might not lead to great basketball out of the gates -- some have even speculated that a shortened training camp cycle leads to more early-season injuries -- but it's the right thing to do. For the players' bodies and for the season-ticket holders.

And the league isn't much better at this. Philadelphia and Dallas didn't get back from China from their league-sponsored trip until Tuesday. The Sixers play the first game of the season a week later. And if you think they'll be back to top form after a week you haven't flown from Asia to the United States before. Even if the Mavs are flying on a $500,000-an-hour luxury jet.

Next year, our Tim MacMahon reports, the league is planning to triple its preseason games in Asia and add stops in Japan, India and Dubai as well. That will mean sending more teams over for these important but taxing goodwill and promotional missions.

A league executive recently told me that when teams are taking midseason vacations to Napa then the schedule has gone too far in terms of in-season rest. I think the rest provisions are smart. But there's still some work to be done on the best usage of time in the preseason. 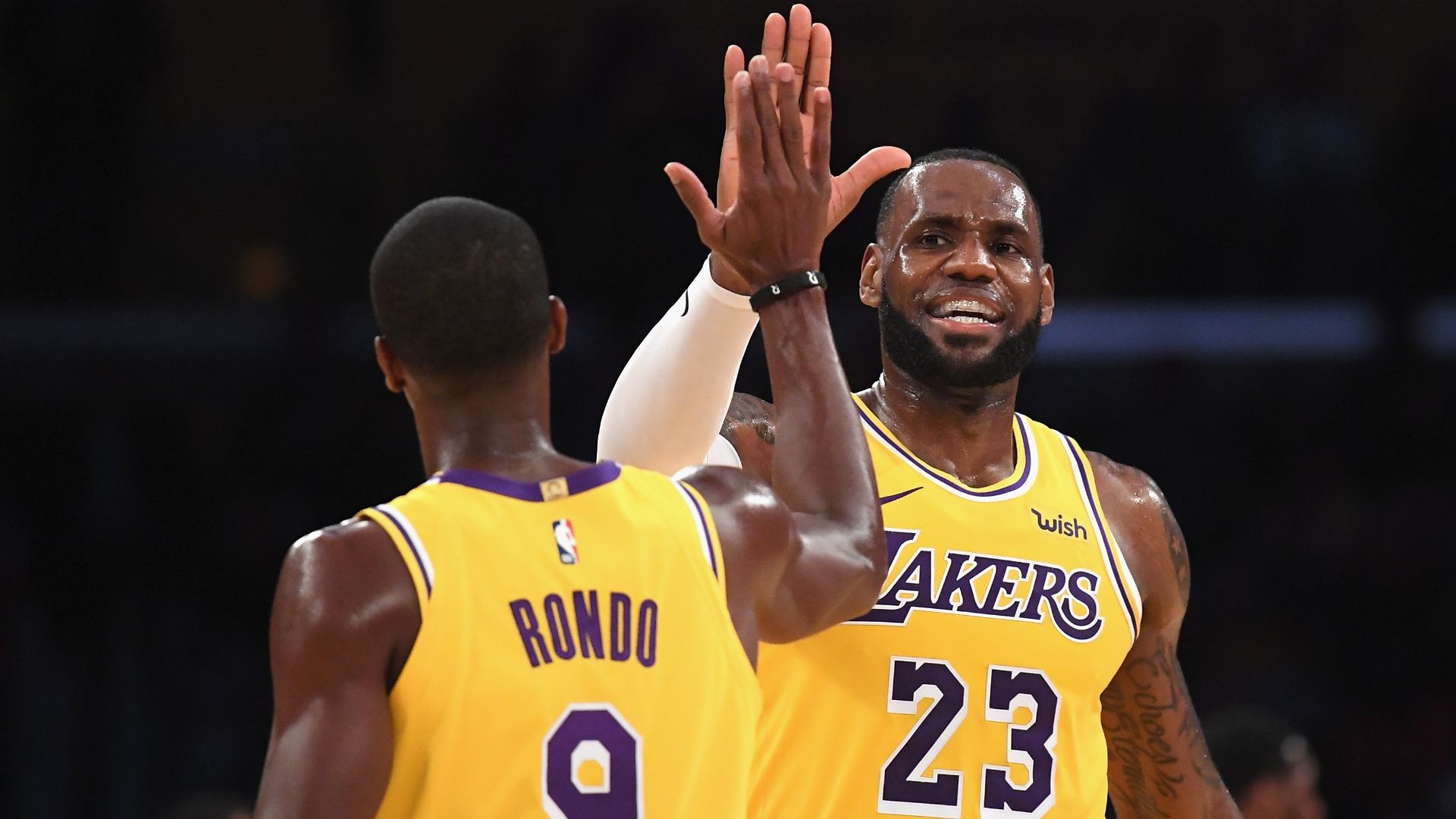