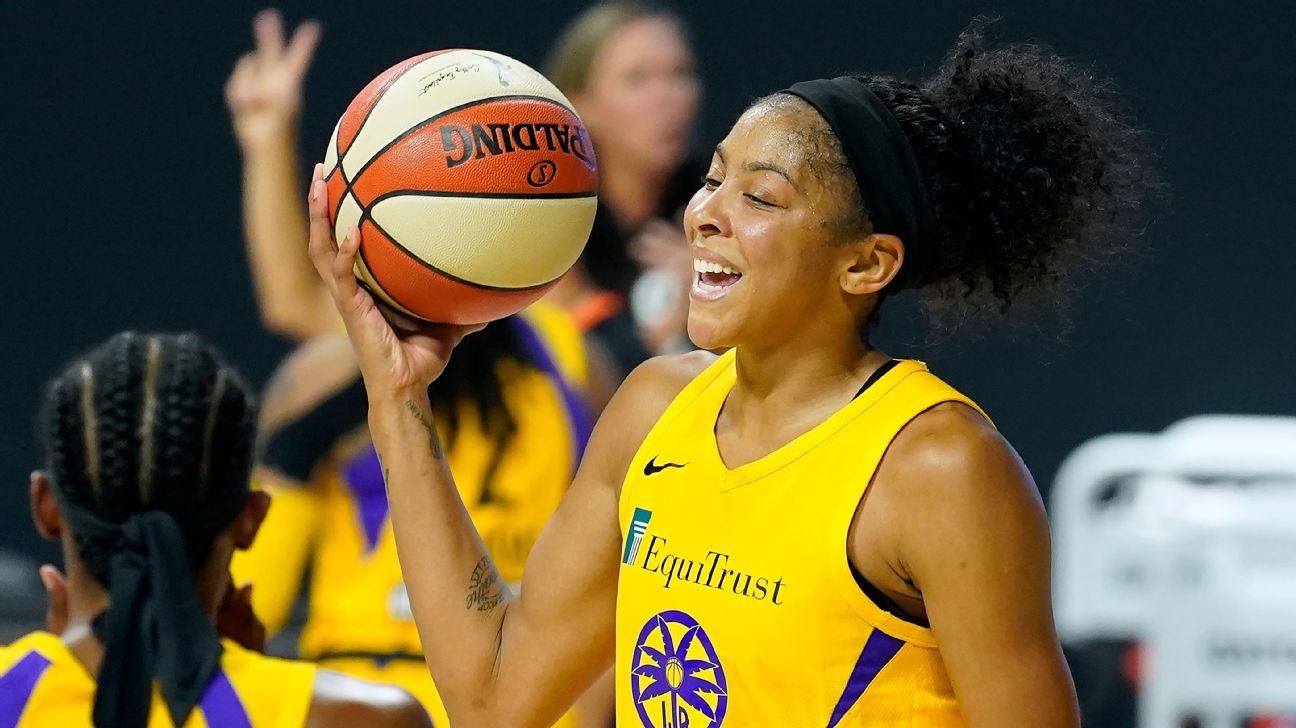 When two-time WNBA MVP Candace Parker was mulling a move back home and to the Chicago Sky, she sought out the advice of many, including two of her friends: Kevin Durantof theBrooklyn Netsand retired star Dwyane Wade.

"The biggest thing I got from them was, 'You need to follow your heart,'" Parker said. "So I think that's what I ultimately did."


After 13 seasons with the Los Angeles Sparks, Parker is leaving the team that drafted her No. 1 in 2008 to sign with the Sky. She grew up in suburban Chicago and starred for Naperville Central High School before going to Tennessee, where she won two NCAA titles.

Lightfoot welcomed Parker home, and talked about having watched her since high school. Lightfoot said she, her wife and 12-year-old daughter are Sky fans and are eager to see Parker in a Chicago uniform.

"We know you're gonna love it here," Lightfoot said, "and we are definitely going to love you back. It's going to mean a lot for girls all across the Chicago region, both on and off the court. The eye of our girls light up when our basketball stars visit them in their communities."

Parker, who has an 11-year-old daughter, said that the impact of COVID-19 on the world had brought home to her even more the importance of being close to loved ones, and she still has much of her family in the Chicago area.

News leaked last week that Parker was headed home, with ESPN's Ramona Shelburne reporting it Jan. 27. Parker said she got a FaceTime call from her grandmother, holding up a Chicago newspaper announcing that she was coming back.

Parker, who was the MVP of the 2016 WNBA Finals, when the Sparks won the championship, was an unrestricted free agent and said that Chicago was the only other WNBA destination she considered.


"I was brought up as, 'You finish what you start,'" Parker said. "For 13 years, I feel as though I gave everything I had to the Sparks organization, as well as they gave everything they had. I'm not leaving disgruntled. I'm not leaving throwing stuff, or upset or angry or demanding a trade. I'm leaving because contractually, I can go where I want.

"I think player empowerment is something that is super-important and talked about more. I believe that the WNBA and the NBA kind of mimic each other, and [if] my journey gives others the power to do what they want to do, I think it's great. But I want to emphasize, I did finish what I started."

Parker has a home in the Los Angeles area and will still continue her job as an NBA and men's college basketball analyst for Turner Sports. Parker said as a lifelong Chicago sports fan, she hopes to help the Sky, which began as a WNBA expansion franchise in 2006, have a bigger footprint in the city and make a run at a championship.

The Sky have advanced to the WNBA Finals once (losing to Phoenix in 2014). Parker is looking forward to playing alongside point guard Courtney Vandersloot, the WNBA leader in assists the past three seasons, sharpshooter Allie Quigley, a Joliet, Illinois, native whom Parker has known since high school, and young players like Diamond DeShields and Azurá Stevens.

Parker said the 2016 passing of her college coach, Tennessee's Pat Summitt, plus the death last year of Kobe Bryant, made her realize all the more the importance of mentoring others.

"It really adds value to your career and your purpose," Parker said.


Parker was the WNBA's defensive player of the year last season, while averaging 14.7 points and 9.7 rebounds. She is the only player who has won the MVP and Rookie of the Year awards in the same season (2008), and won her second MVP in 2013.

She has taken note of 43-year-old Tom Brady being in Sunday's Super Bowl, of Lebron James winning a title and NBA Finals MVP at age 35 in 2020, and her WNBA counterparts like Seattle's Sue Bird, 40, and Phoenix's Diana Taurasi, 38, still playing. Taurasi signed a multiyear deal with the Mercury on Monday, and Bird, who helped the Storm win its fourth WNBA title last season, is expected to re-sign soon with Seattle.

While Parker said she doesn't anticipate playing as long as someone like Brady or Bird, she is still confident she has plenty to offer.

"If I didn't feel as though I could make it to Chicago with enough in the tank, I wouldn't play," Parker said. "I don't want to cheat the game. When that day comes, I will walk away. I was raised when you go out on the court, it's your art form.

"For me personally, it's about being able to walk away from basketball -- not crawl, not limp, not hobble. I've been extremely fortunate in my career to play [this] many years. I think we've all gotten a taste of LeBron's energy and what he puts into it, and I think he's transformed the way that you prepare, how you get your body in shape. That's what I'm trying to do to make sure that the years that I am extending, it's playing still-great basketball." 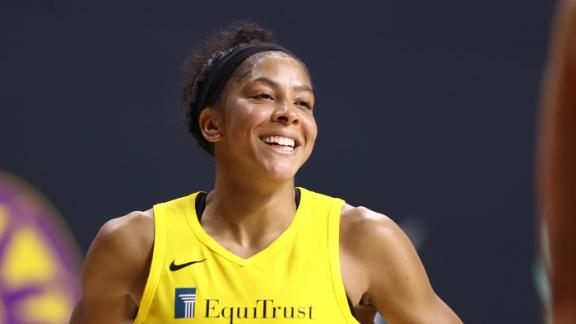